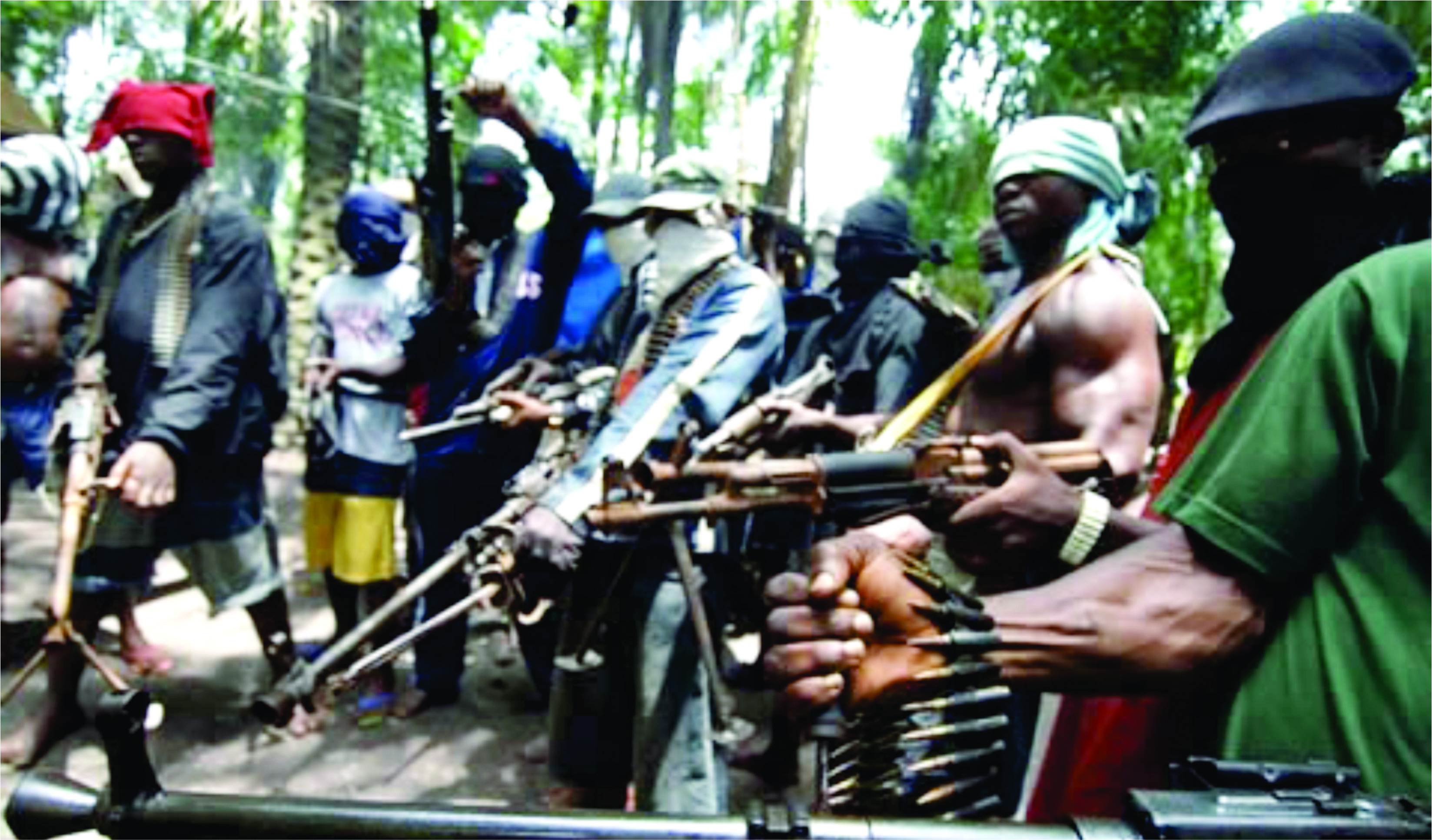 PRESIDENT Muhammadu Buhari has extended olive branch to the Niger Delta militants, appealing peace and cooperation from the region to enhance development. He disclosed his intension to review the Amnesty programme to make it more effective in order to deliver the desired result.

Accordingly, the President, at the weekend, appealed to the restive militants in the Niger Delta to drop their confrontational agitation and cooperate with his administration to review the Amnesty Programme initiated by the Yar’Adua administration.

The President emphasised the need for peace in the region to enable government speed up development and improvement of the welfare of the people. He did not hold back his commitment to delivering of dividends of democracy to the people of the Niger Delta and make life better for the entire South-South, as in other parts of the country.

The President’s appeal became necessary given the rising tension in the Niger Delta and the plan by the federal government to undertake military offensive against the militant groups that have been destroying oil facilities in the region.

More importantly, the President appears to have shown wisdom in listening to the advice of some elder statesmen in the Niger Delta, including Chief Edwin Clark, against the use of force on the militants but rather to dialogue.

The activities of the militant groups have in the last two weeks cut down the country’s crude oil export from two million barrels per day to about 1.4 million barrels per day, according to the Minister of State for Petroleum, Dr. Ibe Kachikwu. Accordingly, the country has been losing enormous revenue in addition to the tremendous revenue loss to the fall in the price of crude oil in the international market.

ALSO SEE: Excravos on Fire as pipelines linking Warri-Lagos-North blown up by militants

The Red Egbesu Water Lions, had in a statement by its Creek Network Coordinator, “General” Torunanawei Latei, last week, indicated that it was teaming up with the Niger Delta Avengers and Indigenous People of Biafra, IPOB to agitate for justice in the South.

The group had threatened to shut down all oil exploration activities in the Niger Delta on the expiration of the ultimatum. The group also demanded unconditional immediate payment to victims of the Bonga Oil Spill and Chevron gas explosion in Koluama, Bayelsa State.

It was gathered that Egbembiri is a border town between Bayelsa and Delta states. The militants were said to have destroyed the Ayama section of the Ogboinbiri-Tuomo gas pipeline with dynamites at about 9.00 pm last Tuesday. That pipeline had earlier been repaired but was vandalized again.

This was after the Niger Delta Avengers had struck at Chevron facilitates in Delta State.
Probably worried by the threats, the management of the Royal Dutch Shell Group visited President Buhari in Abuja at the weekend.

Hosting the visitors, President Buhari assured the various oil companies operating in the Niger Delta that the Federal Government is taking all necessary actions to protect strategic assets in the region from vandals and criminals.

At a meeting with the Global Director (Upstream) of the Royal Dutch Shell Group, Andrew Brown, President Buhari was said to have told Shell that he had directed the Chief of Naval Staff to reorganise and strengthen the military Joint Task Force (JTF) in the Niger Delta to deal effectively with the resurgence of militancy and the sabotage of oil installations.

Buhari had assured Brown that the operations of the JTF were also being enhanced with increased support and cooperation from the United States and Europe in the areas of training, intelligence, equipment and logistics.

“We have to be very serious with the situation in the Niger Delta because it threatens the national economy. I assure you that everything possible will be done to protect personnel and oil assets in the region,” the President had declared.

Buhari reiterated his appeal to aggrieved persons, militants and communities in the Niger Delta to drop their confrontational agitation and cooperate with those who have been assigned by the Federal Government to review the Amnesty Programme initiated by the Yar’Adua administration for the benefit of all stakeholders.

The Shell Executive had appealed for an urgent solution to rising crime and militancy in the Niger Delta.

Brown also refuted speculations that the Shell is planning to pull out of Nigeria. He had said that contrary to such speculations, Shell was currently in discussions with the Nigerian National Petroleum Corporation (NNPC) on new joint oil and gas projects.

Military presence in the creeks will not deter us — Militants