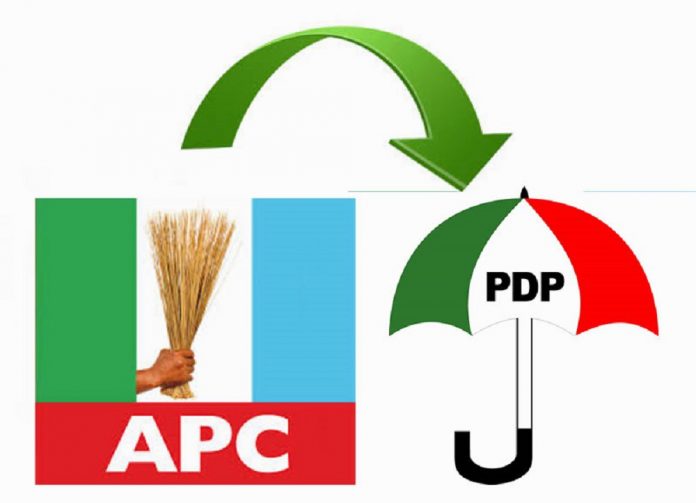 As the race for 2023 hots up no fewer than three governorship aspirants of the All Progressives Congress in the recent gubernatorial primary of the party have so far defected to the Peoples Democratic Party in Sokoto state.

Among those who have so far defected from the APC to the PDP include a member of the Federal House of Representatives, Hon Abdullahi Balarabe Salame.

Salame, who represents Ilella/Gwadabawa Federal Constituency, is a three-term member of the House of Representatives, having spent two terms in the state House of Assembly, where he served as the Speaker as well as acting governor of the state.

Also, the former Minister for Transportation, Hon Yusuf Suleiman, on Saturday obtained his PDP membership card from the chairman of the party in the state.

In a post on his official social media handle, the Isa Local Government-born politician said he is now a bonafide member of the party in the state and promised to work for the success of the party.

Another aspirant who defected to the PDP is a renowned Sokoto-based businessman, Alh Abdullahi Abubakar Gumbi.

One of his aides, who spoke with our correspondent, confirmed that the businessman turned politician had informed the governor, Aminu Waziri Tambuwal, of his intention to join the party and all arrangements had been concluded.

The source, however, said there will soon be an elaborate ceremony to welcome the defector back to the party.

He said many political leaders in the APC have shown their readiness to move to the PDP and work for its success in the forthcoming general election.

They all cited irregularities and favouritism by the leaders of the party in the state, alleging that they are working for the candidate supported by the former governor, Aliyu Wamakko, who eventually emerged as the candidate.