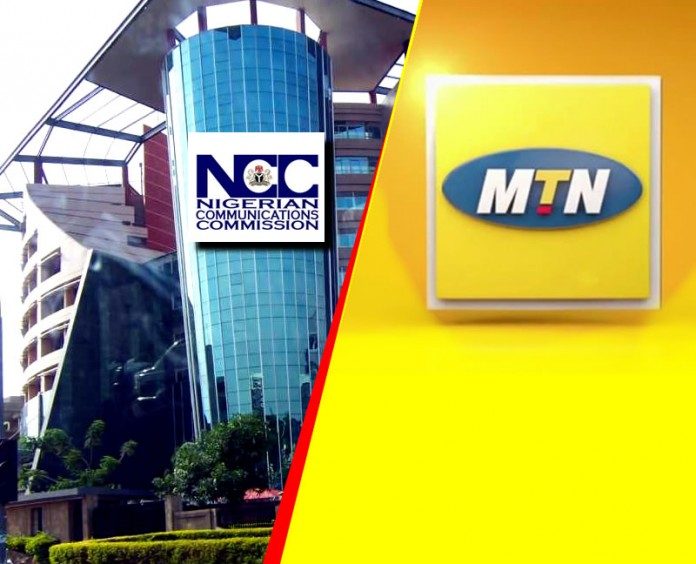 Share this on WhatsApp
Spread the love
The federal executive council (FEC) on Wednesday approved the payment of N500 million legal fees to lawyers for the recovery of N330 billion fine from the Mobile Telecommunications Network (MTN).
Recall that the telecom giant was fined by the Nigerian Communications Commission (NCC) in 2017 for breaching directives on SIM registration.
Abubakar Malami, Minister of Justice and Attorney General of the Federation, said this while briefing state house correspondents on the outcome of the FEC meeting.
According to the minister, FEC’s action is part of the approvals for four memoranda submitted by the justice ministry to FEC for consideration.
“The third memo was for approval for the payment of professional fees to the lawyers that were engaged by the federal government relating to the case that was instituted sometime back by the MTN against the federal government in pursuance of the penalty of over N1 trillion imposed by the government against MTN,” he said.
“MTN as you could rightly remember instituted an action seeking to constrain the federal government from making recovery of the over N1 trillion penalty that was imposed on it.
“So arising from that the federal government engaged the services of certain solicitors, lawyers to now put up a defence on its behalf. Arising from the defence that was put in place by the lawyers the case was eventually settled by the parties amicably.
“And arising from that settlement the lawyers were entitled to their fees.
“The federal government has now approved the payment of N500 million for the N330 billion agreed upon.”
Malami said the fine was arrived at after a compromise whereby the communication giant agreed to pay N330 billion instead of N1 trillion imposed on it by the NCC for breaches in its communication activities.
The minister explained that in assessing the quantum of amount being paid to the lawyers the volume of the amount recovered and the requirement that about five percent of the amount was to be paid in line with international practices.

He said that the N500 million was justified as it was less than one percent of the recovered amount.