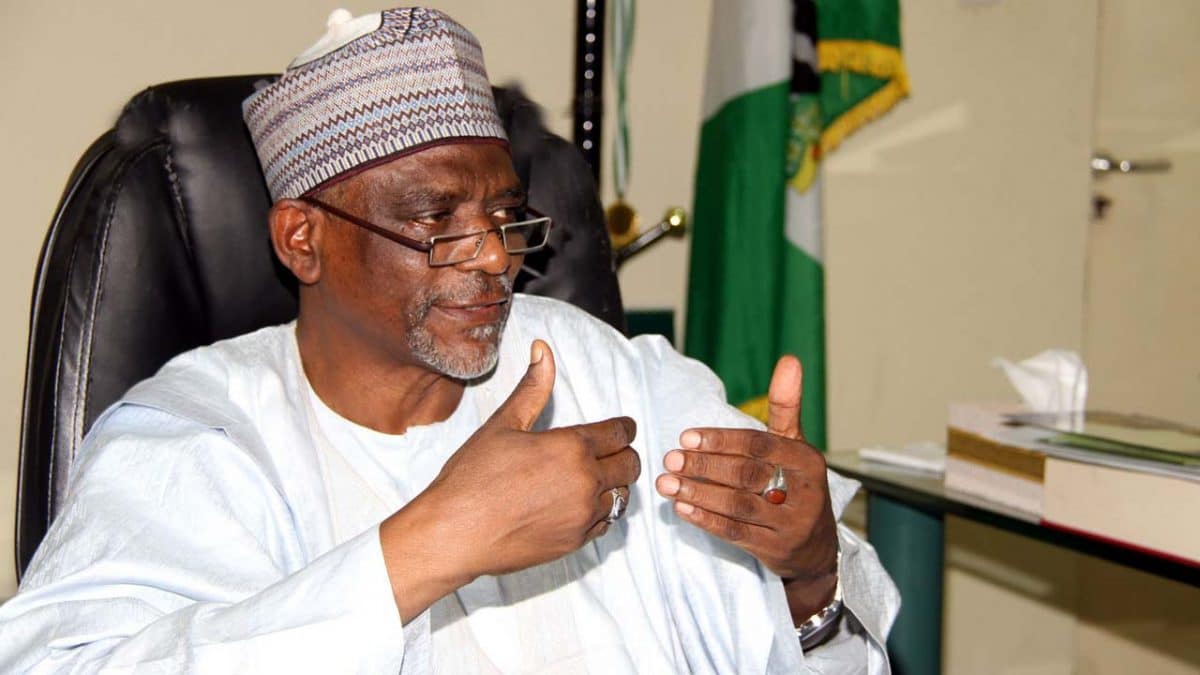 The National Association of Nigerian Students (NANS) has described the proposed national honour for Minister of Education, Adamu Adamu as an insult to Nigerian students.

Adamu is among the 437 Nigerians scheduled to be honoured by President Muhammadu Buhari on October 11.

The minister is to be honoured with Commander of the Order of Niger (CON).

Reacting in a statement on Monday, Giwa Temitope, NANS spokesperson, said the move “is a clear pointer to the fact that Nigerian students have been taken for a ride”.

NANS blamed Adamu for the eight-month-long strike by the Academic Staff Union of Universities (ASUU), adding that the Nigerian education sector has “totally collapsed” under him.

“It constitutes an insult to the collective intelligence of Nigerian students both home and in the diaspora that the Minister of Education, Mallam Adamu Adamu under whose nose University students have been home for close to 8 months is to be awarded the National Honours of Commander of the Order of Niger (CON),” the statement reads.

“This singular act of the Buhari’s administration is a clear pointer to the fact that Nigerian students have been taken for a ride. And, we see this as the final straw that breaks the back of the camel of Buhari’s much-touted integrity.

“Over the years, successive administrations in the country have shown to the Nigerian people that the National Honours is more of recognition of patronage than recognition of excellence. But, Maj. Gen. Buhari (rtd.) has taken a step further to show to the mass of Nigerian students that we are not on the priority list of the administration.

“It is so unfortunate that a country which offered so much hope and possibilities at independence has today become a land of suffering, insecurity and near hopelessness signposted by youth unemployment and an underfunded educational sector.

“In a functioning country, both the Minister of Labour, Chris Ngige who shamefully walked out of a meeting with the national leadership of ASUU at the instance of the House of Representatives and his Education counterpart would have been fired before now. But, the reverse is the case as Adamu Adamu under whose watch the educational sector of the country has totally collapsed is to be recognised with a National Honours for a job well done.”

The association said it will mobilise students back to the streets “in protest against the recklessness” of the federal government.