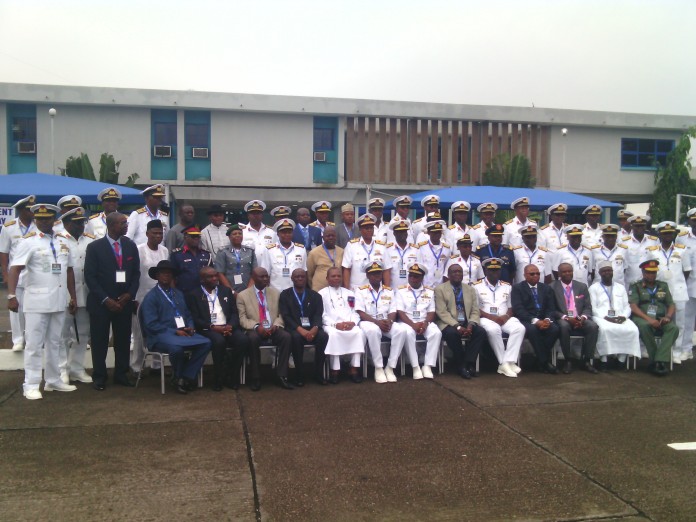 As maritime criminalities have gone beyond the conventional, the Nigerian Navy, Tuesday, said it has adopted new strategies to combat such issues.

The strategies, which are not limited to the Regional Maritime Awareness Centre (RMAC) and the FALCON Eye, also saw the navy creating choke-points at the waterways, even with a move to establish an operational base in Lake Chad.

The Chief of the Naval Staff (CNS), Vice Admiral Ibok Ette-Ibas, said this at the opening of a two-day training seminar at the NNS Quorra Auditorium in Apapa, Lagos.

The CNS explained that what they have  attempted to do is to give a boost to the navy’s surveillance capability.

The training seminar with the   theme: ‘The future of professional training in the Nigerian Navy’, is aimed at bringing naval personnel up to speed with the new strategies adopted to tackle maritime challenges.

He said, “For five years or so, we have relied mainy on the Regional Maritime Awareness Centre that gives us an eye over the horizon.

“We have presently in the process more robust surveillance system, which when completed, will give them a further boost to the limits of about 200 nautical miles.

“This will therefore boost our ability to be able to contain the notorious maritime challenges that we presently have out there.

Admiral Ibas said, “On account of the foregoing, the navy has in the last couple of years found herself increasingly assuming operational responsibilities in the continental theatre.

“Even more profoundly is the asymmetric characteristics of the engagement. Suddenly, the navy has had to find herself fighting an adversary who uses unconventional weapons and tactics, employing terrorism to exploit the vulnerabilities of own forces.

He said, “As we have witnessed in the past two decades, the operational doctrine of the NN has been challenged by emerging threats in our maritime environment.

“With attendant need for new technologies and fleet recapitalisation. As a result, it became apparent that we need to devote significant efforts towards reflecting on extant doctrine as well as the future direction of training in the NN.”