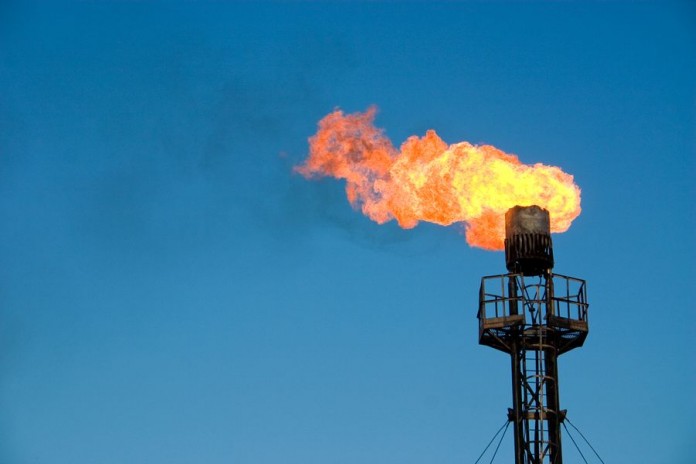 The various companies operating in the oil and gas sector have been identified to have wasted 119.15 billion Standard Cubic Feet (SCF) in gas flaring between January and October 2016. The companies were said to be contending with challenges of proper infrastructures and technologies required for oil and gas exploration.
Invariably, the 119.15 billion Standard Cubic Feet (SCF) of gas flare between January and October 2016 was indicted to amount to over $421.79 million (N128.751 billion) financial loss to the country.
The Nigerian National Petroleum Corporation’s (NNPC) Monthly Financial and Operations Report for October 2016, revealed the actual figure of the gas flared.
Adopting the NNPC average gas price of $3.54 per 1,000 SCF of gas and the Central Bank of Nigeria’s (CBN), current exchange rate of N305.25 to a dollar, the flaring of 119.15 billion SCF of gas translated to a loss of over N128.75 billion, revenue that should have accrued to the companies and the country.
NNPC, stated that a total of 2.14 trillion SCF of gas was produced in the 10-month period, with 257.23 billion SCF supplied for domestic use; 937.62 billion SCF of gas exported, while 947.22 billion SCF was not commercialized.
In the domestic gas segment, 158.68 billion SCF was supplied to power plants, while 98.55 billion SCF was supplied to industries.
A breakdown of the volume of gas flared on a month-on-month basis, showed that in January February, March, April and May 2016, 22.32 billion SCF, 20.38 billion, 20.11 billion SCF, 18.70 billion SCF and 15.80 billion SCF was flared respectively.
On the other hand, 14.80 billion SCF, 21.79 billion SCF, 21.14 billion SCF, 21.50 billion and 22.60 billion was flared by the oil companies in June, July, August, September and October 2016 respectively.
In addition, the report disclosed that the NNPC spent N855 billion ($3.799 billion) on the purchase of 116.607 million barrels of crude oil, between January and September 2016.
According to the report, the NNPC purchased 11.303 million barrels of crude oil valued at N62.862 billion in January; 10.27 million barrels valued at N66.31 billion in February; 14.19 million barrels of crude oil at N107.62 billion in March; 13.05 million barrels valued at N107.37 billion in April and 11.29 million barrels valued at N104.64 billion in May.
In June, the NNPC spent N84.78 billion on 8.96 million barrels of crude oil; in July, 9.06 million barrels of crude oil was purchased by the NNPC at N114.17 billion; 8.98 million barrels of crude oil was purchased by the NNPC for N131.38 billion in August; while in September, the NNPC spent N74.97 billion on 5.16 million.
The report noted that in September 2016, NNPC allocated 74.42 per cent of domestic crude oil to Direct Sale-Direct Purchase (DSDP) arrangement to ensure petroleum products availability, while it noted that so far, the arrangement guarantees products stability and creates room for savings.
The report further stated that products theft and vandalism have continued to destroy value and put NNPC at disadvantaged competitive position.
According to the report, a total of 2,978 vandalized points were recorded between November 2015 and October 2016, stating therefore, that crude and products losses had continued to cost NNPC and the country huge amount of money.
PV: 0