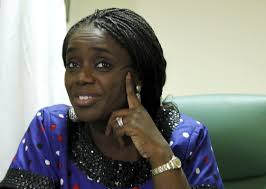 Nigeria has given the hints that it may jettison the idea of getting more loans to finance the 2017 budget, but it would rather seeks alternative ways of raising the funds internally, National Daily has gathered.

Finance Minister Kemi Adeosun’s comments on Tuesday, made while speaking at a business forum in the capital of Abuja, suggest that Nigeria will no longer seek such loans, or an additional $1.5 billion it had planned to raise from international debt markets.

“We cannot borrow anymore, we just have to generate funds domestically enough to fund our budget. Mobilize revenue to fund the necessary budget increase,” she said.

Recall that in May, the head of Nigeria’s budget office said the country has a shortfall of $7.5 billion for its 2017 budget expenditure, and said that would be addressed with $3.5 billion the World Bank and African Development Bank. The government also planned to raise $4 billion from the local debt market, he said at the time

But plans for lenders like the World Bank and African Development Bank to loan at least $2 billion to Nigeria have been stalled for over a year as international organizations’ frustrations mounted at the country’s refusal to impose key fiscal reforms such as allowing its foreign exchange rate to float freely.

Acting President Yemi Osinbajo signed off on its record 7.44 trillion naira ($24.39 billion) budget for 2017 in June, after numerous delays.

The plan projects a deficit of 2.21 trillion naira, implying a deficit equivalent to 2.18 percent of Nigerian gross domestic product.

Nigeria is in its first recession in 25 years, and had planned to borrow extensively from overseas to fund a record budget aimed at helping the country spend its way out of its economic doldrums.

Meanwhile, Nigeria’s debt office plans to use $483.4 million to service its foreign debt over a 10-year period and make repayments starting from next year as its dollar debts begin to mature, it said in its annual report.

Nigeria issued a debut Eurobond in 2011 with a follow up tranche in 2013. Between February and March the West African country issued $1.5 billion due in 2032.

The DMO report said Nigeria’s debut $500 million bond will mature in 2021, while a $1 billion will be due next year.