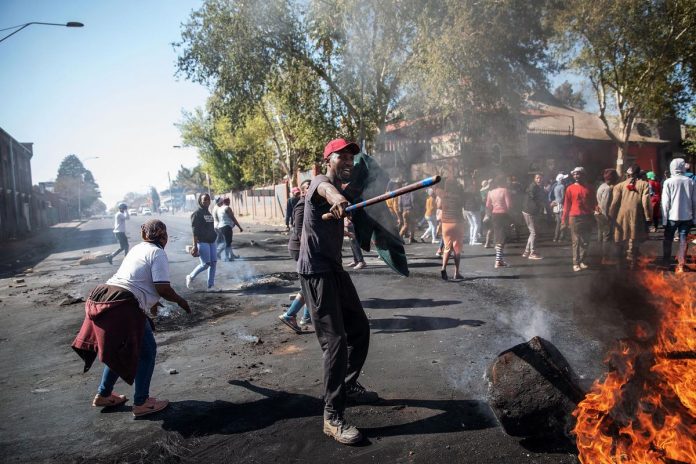 For the umpteenth time, Nigerians living in South Africa bore the brunt of a fresh wave of xenophobia that broke out on Tuesday, which left five persons injured.

According to reports, the latest attack occurred at Mpumalamga Province and in some parts of Witbank where the residents attacked their Nigerian neighbours.

This is coming barely weeks after President Muhammadu Buhari visited South Africa to dialogue with his South African counterpart to address the incessant xenophobic attacks on Nigerians and other African migrants.

It was gathered from Nigerians living in South Africa that the attack started with the indigenes attacking shops and businesses belonging to Nigerians and other African nationals for no just cause.

While they looted some shops, they burnt others down before the police responded to the attack and restored normalcy to the affected areas, albeit belatedly as the damage had been done.

It was also in the process of looting and vandalizing the shops that five Nigerians were beaten up and injured.

Meanwhile, reports said the leadership of Nigerian Citizens in South Africa (NICASA) and Nigeria’s Consular General to South Africa in Johannesburg, Godwin Adama, were on their way to Witbank, Mpumalanga to mediate.

As at press time, a text message sent to the Chairman/Chief Executive Officer of the Nigerian Diaspora Commission, Abike Dabiri-Erewa was not acknowledged.