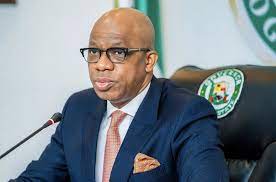 The Commissioner for Education in Ogun, Prof. Abayomi Arigbabu, says that the state government is in full support of using indigenous languages to teach in primary schools.

Arigbabu said this while speaking with journalists on the sideline of `Ewa Ede Yoruba’ annual symposium, organised by Gbagede Ewa Ede Foundation, held in Abeokuta on Wednesday.

The commissioner said that the Federal Government should develop adequate orthography of subjects in local languages spoken in Nigeria for the smooth teaching of students in their mother tongue.

He spoke on the heels of the directive from the Federal Government on the compulsory use of the mother tongue as the language of instruction and teaching of primary school pupils in Nigeria.

“If the directive must be carried out smoothly, the Federal Ministry of Education must develop orthography of subjects, especially, the science subjects in the mother tongue for easy understanding by students,” he said.

Arigbabu appreciated the decision of the Federal Government, saying that the gesture would develop education in the country and also prevent Nigerian languages from going into extinction.

“It is good for the students to start learning, using their mother tongue as they will be well grounded in it before switching from it to the English language.

“Thinking should be done in your mother tongue; it is a good foundation for learning.

“I totally support teaching pupils using their mother tongue, but we must develop the orthography; the various vocabularies for terminologies that we don’t have in our mother tongue.
“It is possible to teach and learn in our mother tongue since other countries are doing so. All we just need is the will,” he said.
Earlier, the Convener of Gbagede Ewa Ede Foundation, Adejoke Somoye, said that the objective of the programme was to inculcate good moral values in youths.
Somoye explained that the foundation had been at the forefront of projecting the culture and tradition of Yoruba land.
She expressed her displeasure that good moral values had been eroded among youths.
“Values that are predominantly held high and pursued today include: dishonesty, disrespect, intolerance and lack of cooperation, profit-oriented relationships and an increased interest in the pursuit of injustice, all in a bid to acquire wealth,” she said.