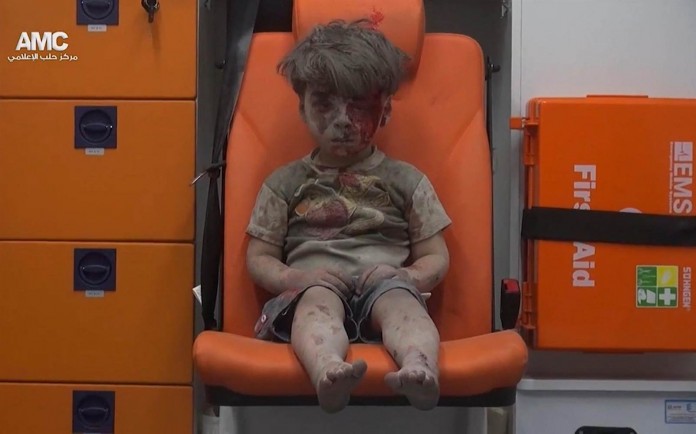 EARLY in 2011, what has now become known to contemporary history as the “Arab Spring”, erupted in Tunisia, in the Maghreb. The Tunisian President, Zine al-Abidine Ben Ali, was toppled; Egyptian President, Hosni Mubarak, was also booted out of office. In March of the same year, there were peaceful protests in Syria following the detention of 15 boys who allegedly wrote graffiti in support of the Arab Spring. One of the boys, 13-year-old Hamza al-Khateeb, died after he was brutally tortured. The Syrian government, led by Bashar al-Assad, responded to the protests by killing a sizeable crop of demonstrators and imprisoning several others besides. In June, 2011, defectors from the Syrian military announced the formation of the “Free Syrian Army”, designed to topple the al-Assad government. That was the beginning of the Syrian civil war, which started in earnest on the 15th of March, 2011, more than five years ago.

To date, over five years into the conflict, over 250,000 Syrians have been killed and over 11 million of them (about half of the pre-war population of Syria) have been displaced from their homes, creating the worst refugee crisis since the Second World War. One of the displaced and seriously wounded persons was a five year-old boy, Omran Daqneesh.

Bloodied and stunned after he was pulled out from the rubble in Aleppo, Omran sat alone, haplessly, in the back of an ambulance after he was injured during the airstrikes targeting Aleppo. His brother, who was similarly wounded, died in August, 2016. Omran has become the new symbol of Syria’s suffering and a metaphor for man’s insatiable greed and inhumanity to man. The boy Omran was imperturbable, unruffled and unconcerned as he sat in the ambulance, intermittently wiping off a flood of blood that oozed from his five-year-old head.

The great and unanswered question is, what role has the United Nations Organization (UN) played in the internecine war in Syria? We are at a loss to understand why the UN, an organization established, (in the language of its Article 1), “To maintain international peace and security, and to that end: to take effective collective measures for the prevention and removal of threats to the peace, and for the suppression of acts of aggression…” has lain supine, watching one of its member nations boil over, with over one-quarter of a million people, including innocent men, women and children, sent to their untimely graves, and over 11 million people displaced from their homes, creating unprecedented refugee crisis and noisome socio-cultural problems of immense proportions in Europe and the Middle East. Or is the UN, a supra-national organization, a toothless bulldog? We wonder why the world body, the UN, should allow the egocentricity, the narcissistic tendencies and the megalomaniacal love of power of one man, Bashar Hafez al-Assad, destroy a whole country and its people, without deploying the blue-bereted Peacekeeping Force to its rescue. We are amazed that al-Assad, a former eye doctor, who became President and Commander-in-chief of Syria in July, 2000, has remained in power for almost twenty years. He represents a generation of uncouth Arab and African leaders and has exercised tyranny in Syria since his supposed election over sixteen years ago. On July 16, 2014, Bashar al-Assad was sworn for a new seven-year term after “securing” 88.7%of votes in “a tightly- controlled” presidential election. This is the man, who, like a typical African leader, panders to ‘sit-tightism’ associated with those leaders and, in the process, seeks to destroy his country and its people without batting an lid! It is unthinkable that a 51-year-old man, Bashar al-Assad, would sit astride his country and preside over its decimation by reason only of his fathomless greed, inordinate ambition and gigantic arrogance.

By this medium, we wish to appeal to the United Nations Organization, particularly the Security Council thereof, to deploy its blue berets in Syria as a matter of urgency, and call the politically- and expansionism-motivated actions of Russia in that country to order before the entire country goes to wrack and ruin. In our opinion, if Secretary-General Ban Ki-moon fails to have peace restored to Syria before he quits, he would have introduced the UN to the world as a toothless bulldog; which would be sad!