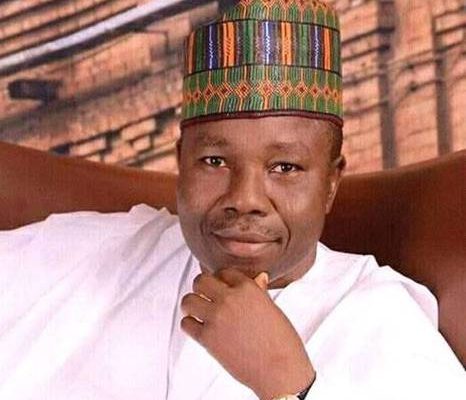 The mystery behind the sudden death of the former Managing Director of Daily Times, Dr Adinoyi-Ojo Onukaba, on Sunday night, was allegedly caused by armed robbers while trying to run away from their attack.

National Daily gathered that a relation, Mr Yusuf Itopa, narrated that his car was ambushed by suspected robbers after they laid siege along the Akure-Abuja Road. In the process of pursuing his car, it somersaulted before landing into a ditch.

It was further learnt that while fleeing from the bandits, he was knocked down by an oncoming vehicle while running into a nearby bush to escape from the gunmen.

Onukaba, who died at 57 years was said to be returning to Abuja where he had gone to celebrate with the former President Olusegun Obasanjo who marked his 80th Birthday anniversary and the inauguration of his Presidential Library in Abeokuta, Ogun State.

Onukaba, whom, it was gathered was with his relation, one Mr Yusuf Itopa, said that Onukaba’s body had been deposited at the State Specialist Hospital mortuary in Akure.

Onukaba hails from Ihima, at Okehi Local Government Area of Kogi. He was a journalist and biographer.
He wrote Obasanjo’s biography entitled ‘In the Eyes of Time’, and the former Vice-President Atiku Abubakar biographer work.

He is survived by three children, two girls and a boy. The late Onukaba who was Senior Special Assistant on media to former Vice President Atiku Abubakar.

He began his journalism career at The Guardian in 1983 and made his mark covering the Aviation beat in Lagos. He was the last MD of Daily Times of Nigeria under President Obasanjo before the state-run newspaper was sold to private investors.