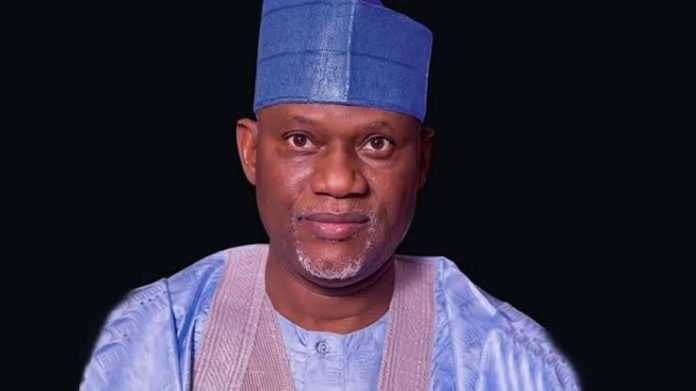 Senator Suleiman Hunkuyi from Kaduna State, on Sunday took a swipe of the National Chairman of the All Progressives Congress (APC), Adams Oshiomhole, over the desperation to enthrone the Presiding officers of the two chambers of the National Assembly in June. Senator Hunkuyi, a member of the Peoples Democratic Party (PDP), appearing on Sunday Politics on Channels Television in Abuja, was of the view that the approach the APC leaders are adopting to ensure an all-APC leadership in the National Assembly is ‘no longer democracy’.

Hunkuyi chided the APC Chairman for lack of respect for the sanctity of the National Assembly in undermining the right of the minority and thinking that minority members of the legislature don’t have a say.

“Adams Oshiomole is entitled to his opinion but certainly I think what he is bringing on the table is no longer democracy. It is beyond reason for any National Chairman of a party to go beyond his own takes by thinking he can have the powers to bring on board and install anybody in the name of the leadership of the Senate or the House of Representatives.

“If you listen to each of the aspirants, either for speakership or Senate president, they are talking of campaigning, cajoling and drawing the attention of their fellow members or senators to elect them into that office, that is civility, democracy and that is what we expect, especially in 2019 today,” Hunkuyi said.

The senator lamented that the APC Chairman, Oshiomhole, is subverting democracy in Nigeria and undermining the independence of the Legislature as an arm of government for the quest for power.

“I find it very funny, this is not labour democracy, textile house democracy, Oshiomole should understand this is the Nnational Assembly; you cannot decide that leadership at all levels, other parties or members don’t have a say.

“The fact is that from the angle the leadership of the APC has started, they have started on a very wrong footing for themselves, for me as an opposition, I would say kudos,” the Senator remarked. 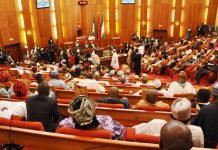