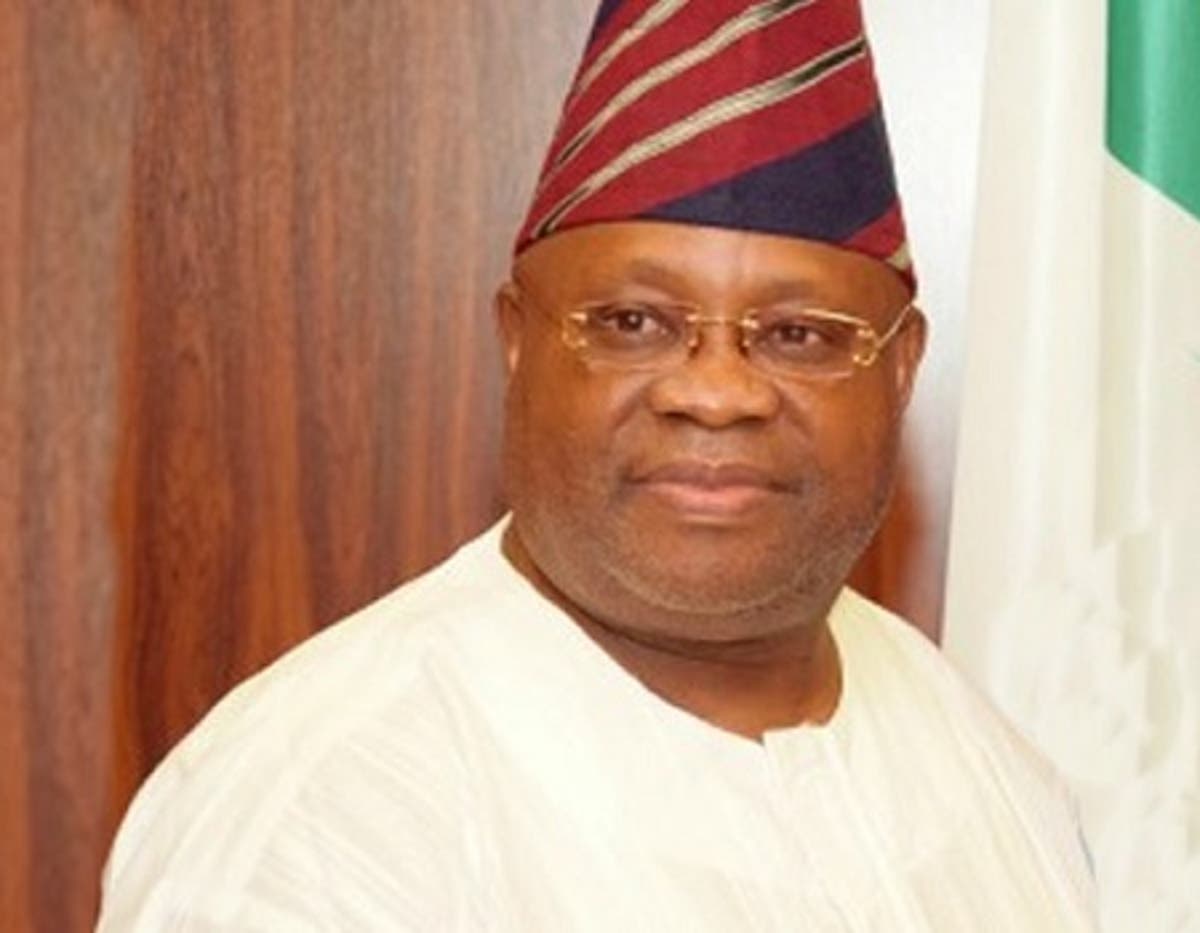 Ademola Adeleke, a former senator and gubernatorial aspirant in Osun State has warned the ruling All Progressives Congress party in the state that people of the state can no longer be intimidated.

Senator Adeleke made this known at the party secretariat while addressing his political followers and other party chieftains who trooped out in hundreds to give him a heroic reception back to the state from the United States of America (USA) at the state party secretariat in Osogbo.

He appreciated his political supporters and close associates for believing in him and his capability in steering the ship of the state and pledged not to let them down in any way if given the chance to do so.

“Let me use this medium to warn those who feel they can subdue our party with force of violence to desist forthwith. Such vain effort cannot get at us as our courage is too fortified to be discouraged.

“Testing the will of our people through any form of violence is an effort in futility but stretching it further will backfire.  We will not warn you again,” he pointed out.

“Our journey as a party is a journey to the Promised Land and no amount of attack or intimidation will scare us away from pursuing the rescue efforts of our dear state from a party that has mismanaged it over the last 10 years. Take it and let it sink, Osun PDP and the good people of Osun State can no longer be intimidated.

“Notwithstanding, our resolve to be peaceful in our push for a new Osun we must warn that we won’t condone unprovoked attacks on our facilities or members. All political urchins in the hands of rejected looters should take note or they have themselves to blame in the end. This, we reiterate, is not a joke.”

The party chieftain, who remarked that the party members are his strength and pillars, added that without them, things would be static but with God and their support, he would surmount political mountains and hills.

Senator Ademola who was described as a credible member of the party with outstanding pedigrees by the chairman of the party, Sunday Bisi, said his unflinching effort at reinvigorating the party even while far away in the US depicted him as a vessel of love who will spare nothing to emancipate the good people of Osun State.

“We are proud of the attainment of the honours you attained and even more proud of the heartwarming recommendations of the college authorities and your course mates. You have demonstrated beyond doubt that where there is a will, there will also be a way.”

He said, “As a major stakeholder in the affairs of Osun State committed to law and order, we find the assault on our secretariat an act of cowardice and desperation taken too far. Those who carried out the dastardly act and their backers should be ashamed of themselves because they ended up showing to the world how evil and dangerous they are to our democracy.