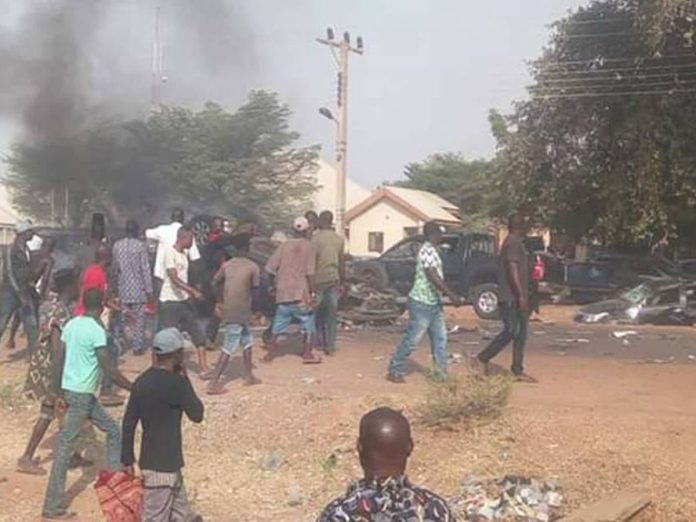 At least 30 persons have been reportedly killed, following an attack by gunmen on Goronyo market in Goronyo LGA of Sokoto state.

The gunmen were said to have attacked the market between Sunday evening and Monday morning.

Aminu Tambuwal, governor of Sokoto, confirmed the incident on Monday, during a meeting with Faruk Yahaya, chief of army staff.

According to a statement by Muhammad Bello, spokesman to the governor, Tambuwal spoke on the development during a courtesy visit by the army chief to the government house in Sokoto.

“Yesterday evening till this morning, we were greeted with a very dastardly attack in Goronyo local government, particularly Goronyo Township, where scores and tens have lost their lives and still counting,” he said.

“Yes, the incident occurred. The details will be communicated to you soon,” he said.

Speaking further during the visit by the army chief, Tambuwal said Yahaya visited the state “at a very trying moment for the army and the Nigerian nation”.

“We’re faced and bedevilled by many security challenges in our own area here, particularly banditry, kidnapping and other associated crimes,” the governor added.

He called for synergy among the various security agencies as part of efforts to ensure safety of residents in the state.

The governor also requested for more security personnel to Sokoto, adding that his administration remains committed to supporting the army and other agencies to improve security in the state.

The development comes days after the Sokoto government directed the Nigerian Communications Commission (NCC) to shut down telecommunication services in parts of the state to enable security agencies to deal with the increasing rate of insecurity.