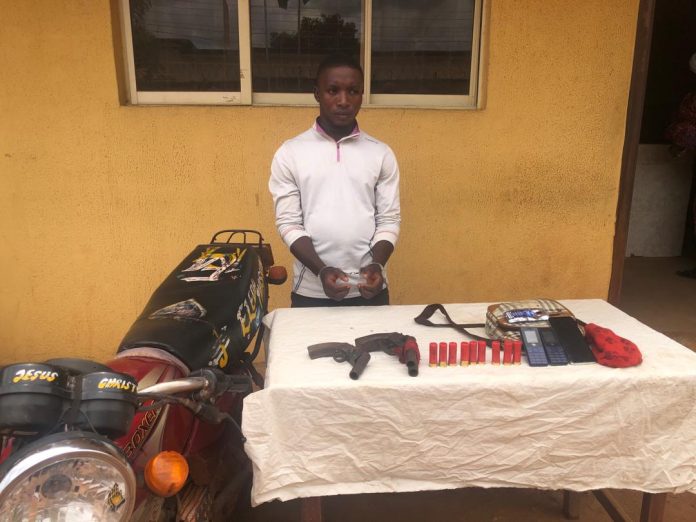 A motorcyclist was on Monday nabbed by operatives of the Ogun state Police Command along Ilaro/Owode Yewa road with a bag containing guns and suspected stolen phones.

According to statement by the Command’s spokesperson, DSP Abimbola Oyeyemi, the suspected robber, Rotimi Ojugbele was nabbed while coming from a robbery operation.

“The suspect was arrested when the Divisional Police Officer of Ilaro division CSP Olayemi Jacob led his men on early morning patrol of the area at about 6:30 am.

While on the road, two men on motorcycle with one of them carrying a bag were accosted for stop and search, and immediately they were stopped, one of them jumped down and took to his heels while the other one was quickly apprehended.

Meanwhile, the Commissioner of Police in Ogun state, Edward Awolowo Ajogun has ordered the immediate transfer of the suspect to state criminal investigation and intelligence department for discreet investigation. He also directed that the escaped suspect be hunted for and brought to justice.