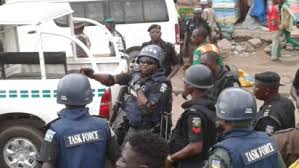 The Police Command in Enugu State has arrested a suspected armed robber while he withdrawing money with a victim’s Automated Teller Machine card within Enugu metropolis.

The state’s Police Public Relations Officer,  SP Ebere Amaraizu, said in a statement on Tuesday in Enugu that the suspect was arrested on March 7.

Amaraizu said that the arrest was made by operatives of Independence Layout Division of the Command through intelligence information.

He said that the suspect was arrested at a new generation bank ATM point located at the Presidential Road axis of the state.

“It was gathered that the suspect with his gang members had allegedly invaded their victim’s house in the early hours of March 7, where they stole some belongings of the victim including his ATM Card.

“The armed robbery gang also forced him to disclose his Personal Identification Number.

“It was further gathered that while the suspect was withdrawing money from the ATM point, police operatives already acting on intelligence information, promptly nabbed him,’’ he said.

The police spokesman said that the victim’s ATM card had been recovered from the suspect.

“He is currently helping the police operatives in their investigation in relation to his gang members’ alleged nefarious activities,’’ he added. 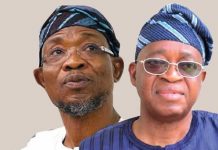