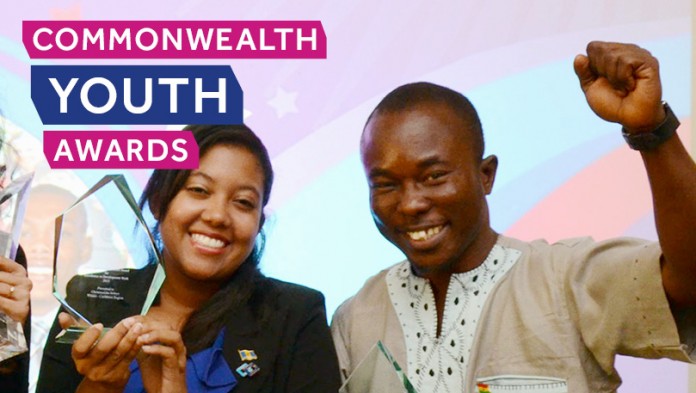 Nominations are now open for the 2017 Commonwealth Youth Awards for Excellence in Development Work, which recognize outstanding young people who have made a significant impact in improving the lives and livelihoods of others.

Young people aged 15 to 29 from Commonwealth member countries are eligible to apply for the awards, which focus this year on celebrating young people’s contribution to achieving the Sustainable Development Goals (SDGs).

Speaking on International Youth Day on 12 August 2016, Deodat Maharaj, Commonwealth Deputy Secretary General, said: “Young people have a critical role to play in delivering the Sustainable Development Goals. In the Commonwealth and across the world, we have seen incredible examples of young people who are leading change and driving development. Their participation is essential to ensuring a prosperous future for all.”

Reflecting on the award, last year’s Commonwealth Young Person of the year, Achaleke Leke said the award opened a new down in his career.

The young peace activist who has trained over 8,000 young people in his native Cameroon said winning the award provided him a platform to develop his skills, and also to advocate for young people.

A total of 16 finalists will be shortlisted from four Commonwealth regional categories: Africa and Europe, Asia, the Caribbean and Americas, and Pacific. A winner will be selected from each region, and one exceptional entrant will be recognised as the Commonwealth Young Person of the Year at a formal awards presentation in London in early 2017.

Nominees must have been engaged in development work for more than 12 months either in a professional or voluntary capacity. Entries must be received through an online entry form before 31 October 2016. Entrants can nominate themselves or be nominated by someone who is not a relative and can testify to their work.

The finalists will receive cash grants of GBP£1,000 to continue their development work, and will each be awarded a trophy and certificate. Each regional winner will receive a cash grant of GBP £3,000, while the Commonwealth Young Person of the Year will receive GBP £5,000 to support an ongoing project or initiative.

Applicants are strongly encouraged to link their development work and its impact to the 17 SDGs, which were agreed to by the international community just under a year ago.

For more information about the Commonwealth Youth Awards, and to apply or nominate someone, please visit: commonwealth-youthexcellence. awardsplatform.com