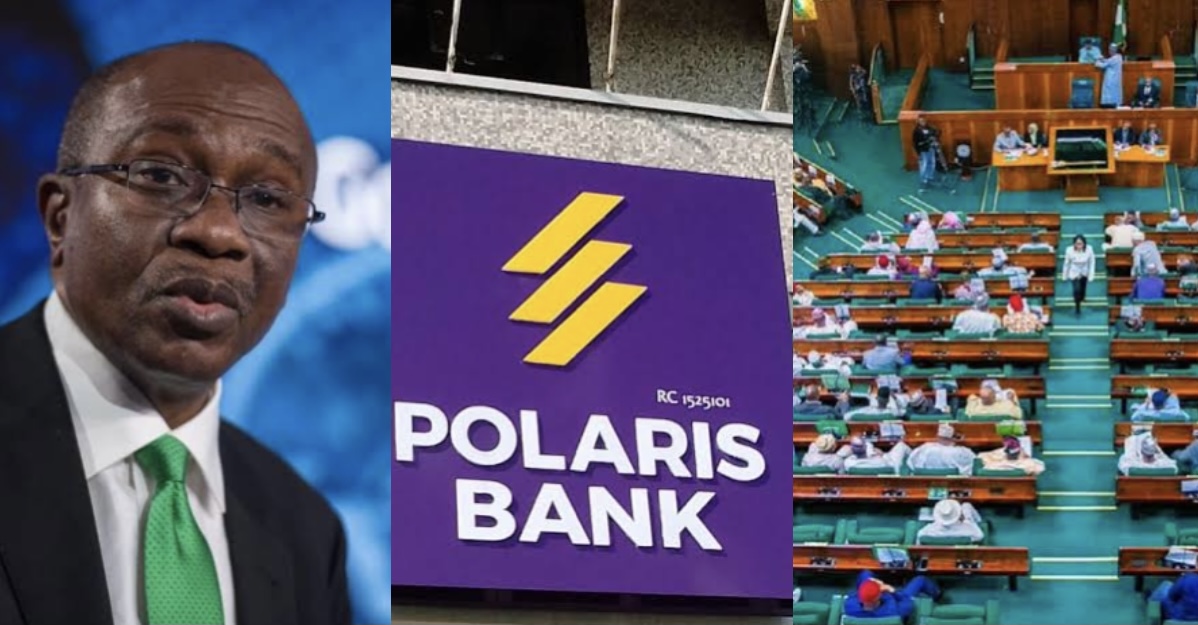 The House of Representatives on Wednesday directed the Central Bank of Nigeria (CBN) to halt the sale of Polaris Bank Plc pending when the Asset Management Corporation of Nigeria (AMCON) and the Nigerian Deposit Insurance Corporation (NDIC) have completed all procedures for an open, transparent, and competitive bid process.

It also stated that this should be in accordance with best practices and protocol for divestments of this kind.

Following the plenary on Wednesday, Rep. Henry Nwauba (APGA-Imo) adopted a resolution that was of urgent public interest.

He claimed that a viral social media trend had brought the sale of Polaris Bank for N40 billion to the public’s attention.

He stated that it was important to make sure that the bank’s divestiture did not endanger the primary justification for the CBN‘s intervention in the bank, which was to serve the interests of the general public.

The lawmaker continued by saying that the divestment process should be conducted in the most open manner possible.

According to Nwauba, this was required to prevent public outcry and an unfavourable response from important economic stakeholders, including international business partners, the banking sector, depositors, and correspondent banks.

He continued by stressing the importance of avoiding the drawbacks of earlier, similar exercises that had been carried out.

He claimed that the creation of Polaris Bank resulted from the rescue of the now-defunct Skye Bank Plc, which fell as a result of bad corporate governance and non-performing loans.

He claimed that this was the reason over a trillion Naira in public money was devoted to saving the bank.

He also asserted that the proposed transaction was cloaked in secrecy and was unclear and that it had to be carried out with accountability and transparency to dispel rumours of corruption.

The legislator added that the now-defunct Skye Bank was a bank of systemic importance with a sizable population of staff, clients, and other stakeholders.

Without a rescue, the bank, according to him, would have had a negative ripple impact on the economy and reputation worldwide.

Therefore, the House established an Ad hoc Committee to assess the overall expenditure made by the Federal Government of Nigeria in Polaris Bank and account for every Federal Government financial input into the bank within 20 days.

The House argued that this should be done through the CBN, NDIC, and AMCON in order to ascertain whether the conditions and terms of the sale were likely to guarantee a profitable return on the public monies already invested in the bank, whether as bailout money or other types of investments.

The committee was encouraged by the House to take the required steps to guarantee that the public money given to Polaris Bank was properly documented and accounted for.