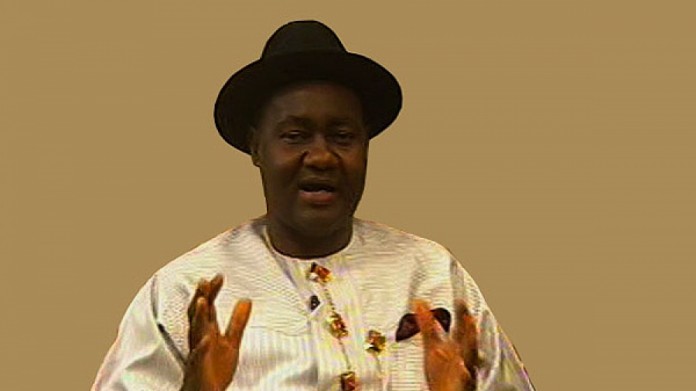 Some APC members from Rivers State have called on the national secretariat of the party and the party’s national chairman, Adams Oshiomhole, to expel Senator Magnus Abe from the party.

The protesters said that they could no longer continue to ignore the divide and rule going on in the Rivers State chapter of the APC.

According to them, they would only rescind their call on the party’s National Working Committee (NWC) to expel the former Rivers East Senator, if he withdraws the lawsuits he filed against the APC in the state.

The group coordinator, Emmanuel Orgwu, said, “Presently, Senator Magnus Abe is in court, the NWC set up a caretaker committee to conduct a congress and Magnus Abe with the names of dead people went to court in connivance with Governor Nyesom Wike and some national leaders of the APC who are enemies of the party to go to court.”

He said we have come to ask the National Working Committee to prevail on Senator Magnus Abe to withdraw the case from court so that we can have a peaceful congress and prepare for 2023 elections and be part of every activity of the party at state and national level.

“If he (Abe) fails to withdraw the case from court, that Senator Magnus Abe should be expelled forthwith for peace to reign in Rivers APC. If the NWC fails to do any of these the youths in Rivers state will believe that the NWC is in connivance with Magnus Abe to distabilise APC in Rivers State.”

The group described Senator Magnus Abe as a “severely aching tooth with the APC and we are left with one of two alternatives: Either we choose to spend hard earned money for treatments and bear the inconvenience of severe pains at intervals or bear the pain of pulling out the tooth once and for all and get a permanent reprieve.”

Abe and Transport Minister Chibuke Amaechi have been fighting using their respective loyalists.