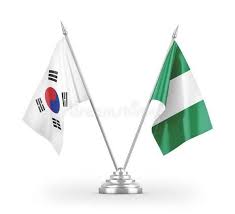 South Korea has volunteered to support Nigeria in developing nuclear energy as alternative and supplementary sources of electricity generation and supply to the reliance on hydro-energy source. South Korea, therefore, donated $12.4 million about N7billion, to Nigeria for the construction of Mini-solar Grid Project to boost electricity supply in the country.

Chairman of the Senate Committee on Power, Senator Gabriel Suswam, at an interactive forum with the South Korean Ambassador to Nigeria, Kim Young Choe, indicated that Nigeria’s doors are opened for foreign assurance, noting that when Nigeria considers the use of nuclear energy to solve its electricity challenge, the country will look in the direction of South Korea.

Ambassador Kim Young disclosed that nuclear energy is currently utilized in the United Arab Emirate (UAE), developed on the South Korean model and powered by South Korean companies. The Ambassador stated that Nigeria can also be a beneficiary of same technology.

The Senate Committee had convened the meeting to clarify certain issues, on the proposal of Stand-alone Mini-grid Project to be funded by the Korean government and gifted to Nigeria.

The Senate Committee commended the aid from Korea, but expressed concerns why the South Korean government decided to site all the four mini-grids sited in Abuja.

The Senate Committee suggested to the South Korean government to spread the project, siting one mini-grid in Abuja, while two mini-grids should be sited in each of
the six geopolitical zones across Nigeria.

The Managing Director also expressed concerns on the sustainability of the project, and the possibilities of having Nigerian companies work on the project.

The South Korean ambassador promised to report back to the South Korean government in Seoul, noting that the request of the Nigerian Senate is beyond him.