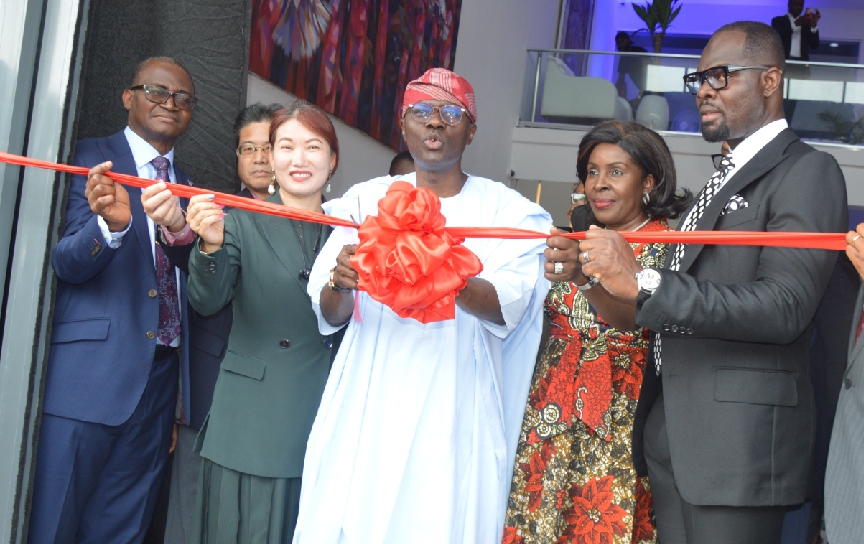 Mr Jubril Arogundade, General Manager of the CIG Motors, franchise holder of GAC in Nigeria, disclosed this in a statement on Friday in Lagos.

He noted that Sanwo-Olu would also unveil a GAC Lagos vehicle plant in December.

Arogundade said that the governor, impressed with the drive of the company in Nigeria, said Chief Diana Chen, Chairman of CIG Motors, was doing a great job.

The general manager added that Sanwo-Olu also expressed delight in the fact that the GAC and the state government had entered into partnership to build an auto assembly plant, expected to be inaugurated at Ogba, Ikeja area, by December.

He said that the governor was conducted on a tour of the newly re-built GAC workshop, located directly behind the ultra-modern showroom.

According to him, the workshop is partitioned in various sections, such as the express maintenance, general repair, four wheel alignment, spray booth, metal repair, polishing and body mechanical.

Arogundade explained that the GS4 Crossover SUV, which was in its second generation, came with ample leg room, three driving modes, amazing comfort, fuel economy, as well as a seamless navigation system.

He quoted the Chairman of CIG Motors, Chief Diana Chen as saying, “We are so proud to open our showroom and workshop and we plan to open five of such facilities across the country,”.

According to Arogundade, Chen explained that with the opening of the G-Style showroom, the company is offering the G-Elite, G-Star and G-Family packages, to various segments of the society, which comes with numerous benefits.

He said that the company had earlier signed a Memorandum of Understanding (MoU) with Wema bank, as the bank undertook to finance another batch of 1000 GAC units.

Arogundade said that the event was graced by top government functionaries, diplomatic corps and captains of industries.

The GAC vehicles, coming mainly as sedans and Sports Utility Vehicles (SUV), had been widely accepted and used across the country.

The GAC Group is a Chinese state-owned automobile manufacturer, with headquarter in Guangzhou.

We won’t condone ritual killings in hotels, we are on guard – Hoteliers