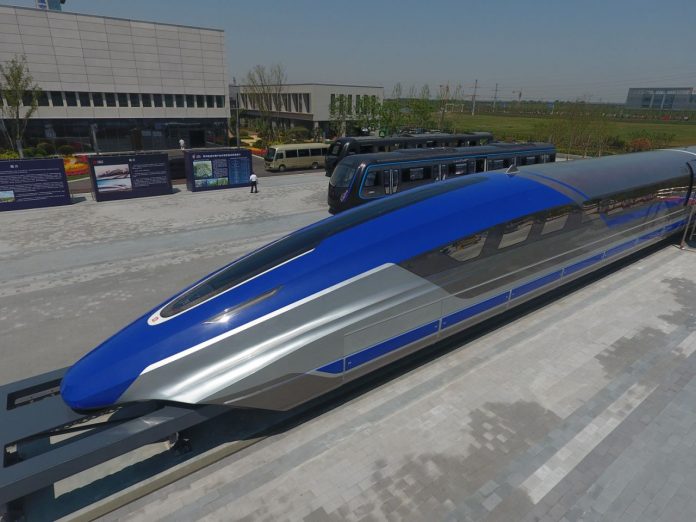 Report indicates that a bullet train which ‘floats’ above the tracks using magnetic levitation could soon hit 373mph in China – making it faster than travelling by plane.

A prototype body of the science fiction vehicle was shown off in the eastern Chinese city of Qingdao this week.

The machine, designed by China’s China Railway Rolling Stock Corporation (CRRC), is slated to go into production in 2021.

China has used ‘maglev’ (magnetic levitation) trains since 2003, using magnetic repulsion to ‘lift’ trains up off the ground and to propel it forward.

The technology reduces friction with the tracks and makes it possible for the trains to travel at unheard-of speeds.

CRRC deputy chief engineer Ding Sansan said, ‘Take Beijing to Shanghai as an example — counting preparation time for the journey, it takes about 4.5 hours by plane, about 5.5 hours by high-speed rail, and about 3.5 hours with high-speed maglev.’

CRRC Qingdao Sifang will now build an experimental track to test the train.