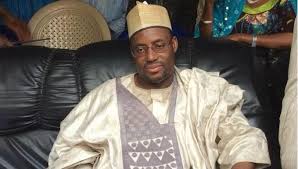 He dumped the PDP for the APC in the heat of the 2015 general elections after he lost the party’s primary.

National Daily gathered that Ibeto is currently going through the process of obtaining his PDP membership card from his ward in Ibeto town, Magma local government area of the state.

In the past weeks, APC has been hit by series of defection by key members to the opposition ahead of the 2019 general elections.

Recall that 15 senators and over 30 House of Reps members defected from APC to the PDP on Tuesday, July 24.

The Senate president, Bukola Saraki announced the defection of the senators from the ruling party to the PDP.

Similarly, Governor Samuel Ortom of Benue state officially announced his resignation from the party last week. The governor made the announcement at the Government House, Makurdi, hours after some Benue youths blocked his convoy, preventing him from visiting APC national chairman, Comrade Adams Oshiomhole, in Abuja.

In its twitter handle, the spokesperson of the PDP, Kola Ologbondiyan, described the defection as a boost for the party to win 2019 general elections.