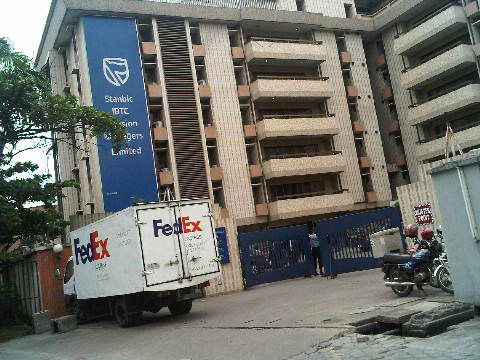 In the Central Bank of Nigeria weekly forex allocation to banks last week, Stanbic IBTC and the United Bank for Africa led 14 other commercial banks and three merchant banks.

While Stanbic IBTC got the highest allocation with $18,685,730.12, selling to 140 customers most of whom were taking capital from the economy.

The United Bank for Africa Plc (UBA) came in second with a forex allocation of $17,623,843.80. Forex returns published by the pan-African bank showed that Dangote Group, which got $5 million was its biggest customer during the week.

Standard Chartered Bank Limited held the third position with a forex allocation of $12,425,194.16. The bank sold the greenback to 247 customers. Its biggest customers during the week were Matrix Energy Limited which got $1.598 million.

Citibank sold the dollars it was allocated to 99 customers. A lot of its customers took capital out of the economy.

Ecobank Nigeria Limited was allocated $9,195,650.58 which placed the pan-African bank on the eight position, while

The amount was however lower by $9,807,230.73, compared with the $142,646,892.01 sold to the banks in the preceding week. The drop was partly attributed to the fact that FirstBank of Nigeria Limited did not publish its returns during the week.