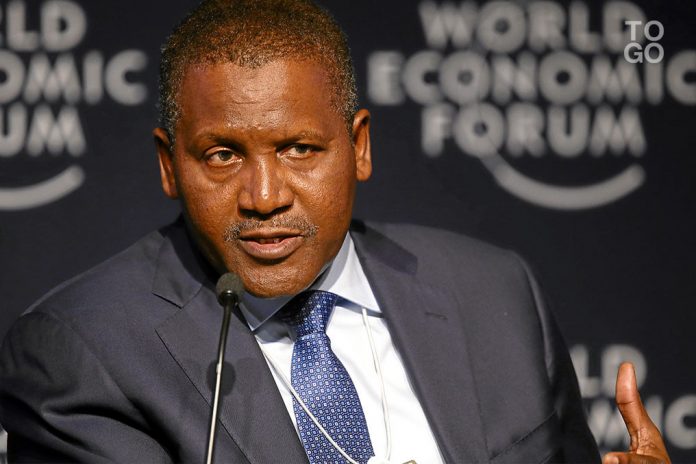 Contrary to make-belief in some quarters that all is well in the Sugar-war between Dangote and BUA, the Nigerian Ports Authority (NPA) may have taken sides with Dangote in the ongoing face-off.

In a letter dated April 8, 2021, the Nigerian Ports Authority (NPA) announced a ban on the importation of refined sugar and its derivatives from the country’s free trade zones (FTZs).

This in essence means BUA will not be able to sell its refined sugar from the Port Harcourt refinery in Nigeria.

With this announcement, it has technically backed the position of the Chairman of Dangote Industries Limited, Aliko Dangote, and his counterpart at Flour Mills of Nigeria Plc, John Coumantaros, who had earlier accused BUA of setting up a sugar refinery in an Export Processing Zone (EPZ) in Port Harcourt, Rivers State, posing a threat to the attainment of the National Sugar Master Plan (NSMP) as well as sustainability of the country’s local sugar industry.

BUA, however, wrote a counter petition, accusing Dangote and Coumantaros of calling to question the authority of President Muhammadu Buhari’s powers and the diligence of the Ministry of Industry, Trade and Investment.

He said, “The same NEPZA Act upon which this project is based, gives the permission to process, add value, and export at the same time. Companies under this act are allowed to process and if they so wish, sell 100 per cent of their production in Nigeria with payment of duties based on the current raw materials tariff.

“As a matter of fact, Aliko Dangote of Dangote Industries, who is one of the complainants alleging and attacking this approval has also applied and obtained the same approval for his refinery project in Lekki, Lagos State where he is currently enjoying the same benefits of being in an Export Processing Zone (EPZ).

Rabiu further explained that the EPZ under which its Port Harcourt sugar project is sited went through a rigorous two-year review process before it was forwarded to the Ministry of Industry, Trade and Investment, for approval of President Muhammadu Buhari, adding that the President alone is constitutionally empowered to approve an EPZ licenses.

“Anything that is done to attack this project in any way, form or any guise, attacks Mr. President’s approval and we will do everything to ensure our rights are not trampled upon,” he added.