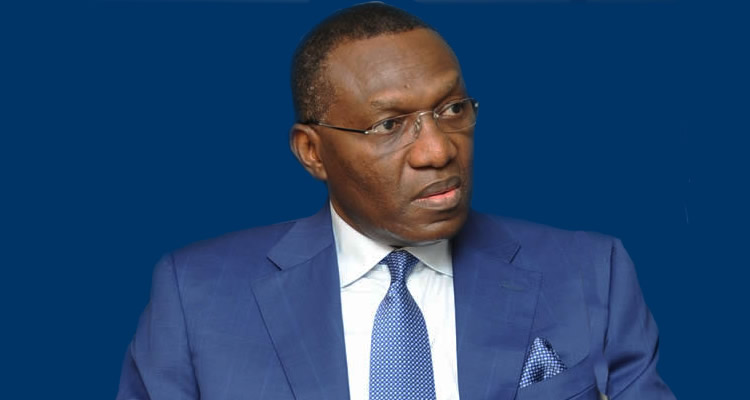 Sen. Andy Uba (PDP-Anambra South) says the Jan. 29 judgment of the Supreme Court in respect of the political situation in Anambra did not void his election into the Senate as being misrepresented.

This is contained in a statement he personally signed and made available to reporters in Abuja on Sunday.

The statement, however, urged his supporters to remain calm, law abiding and disregard the misrepresentation of the court’s ruling.

It said that the Supreme Court ruling dealt primarily with leadership of the Peoples Democratic Party (PDP) in the state.

The statement further explained that the spirit and letter of the judgment were misrepresented as none of the National Assembly members from the state was a party to the suit, adding that their positions could not have been affected by the court ruling.

“It should furthermore be noted that neither I, Sen. Andy Uba in particular, nor all the other members of NASS from Anambra State was ever mentioned in the body of the ruling.

“Nigerians will recall that in 2007 when the Supreme Court, in it’s wisdom, ruled against me as the then governor of Anambra State, that as a law abiding citizen of the Federal Republic of Nigeria and in spite of personal consequences to my person and the people of Anambra State, I vacated office as ordered.

“I, therefore, having been so advised by my lawyers and having gone through the contents of the ruling of the judgment, understand it to what the Supreme Court intended unequivocally to be a suit determining the leadership of the Peoples Democratic Party in Anambra State and no other matter.

“I will, therefore, enjoin my supporters, the people of my constituency and all well-meaning Nigerians to disregard previous misrepresentation of the informed ruling of the revered Justices of the Supreme Court,” the statement added.

It would be recalled that Sen. Stella Oduah had also in a statement on Friday in Abuja, described as “a misinterpretation”, media reports which quoted a Supreme Court judgment to have sacked her and other federal lawmakers from Anambra.

In a statement issued by Cynthia Ferdinand, the Press Secretary to Sen. Oduah, said that the report in the media was misleading as the apex court did not order the withdrawal of her certificate of return.

Meanwhile, the media said that the apex court had ordered the replacement of Oduah and other federal lawmakers from the state, saying that their nomination to contest in the 2015 election was wrong.