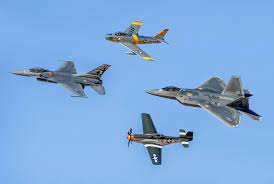 Switzerland has entered into a contract agreement to procure 36 US F-35 stealth fighter jets form the United States (US), at the cost of over $6.2 billion. Switzerland signed the armament contract with the US at a time the country is not under threat of war.

“With this, the procurement of 36 F-35A is contractually agreed.”

The contract has enlisted Switzerland among European countries, which include Belgium, Britain, Denmark, Finland, Italy, Greece, Germany, the Netherlands, Norway, and Poland, that are building up stealth multi-role combat aircraft to strengthen their security system.