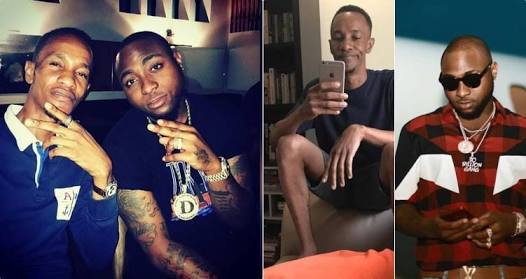 Share this on WhatsApp
Spread the love
Talk about balling the hard way. 50 shots of tequila in your head, in one night, for N200k. Things we do for money. Or should I say, lies we believe for nothing!
“Money don’t drive me, I drive my money” Simi did sang in the Simisola album. Could we say Davido and his gang truly were driven by money the night that became the last for Tagbo?
Or do we just simply state the obvious that making money and partying is a lifestyle for super celebs like Davido?
As we speak the summary is that Tagbo is dead by supposedly excessive intakes of alcohol and Davido knows if this is true or a lie.
If it wasn’t a business of Carolina Danjuma, perhaps this death wouldn’t really be in the news. The pretty nollywood lady managed to lace her tale with facts capable of incriminating Davido.
And we can stretch that a bit. If Davido was David, the boy selling bread in the nights at Ishaga bus stop and newspaper in the day under Ikeja bridge. By now, he’d been blacked a eye, brushed a shin, beaten and unable to swallow the beans served him at a corner of KiriKiri prison or Area F.
Davido is not David, he is Adeleke Jn. So he is even yet to visit a police station and the police station isn’t expecting him any time soon. Only one thing is a possibility right now. And that’s the movement of good money. One big belle officer is making a different sense of that Simi line, “Money don’t drive me, I drive my money”.
Things happen, you know?
Adrian Mutu was signed by Chelsea in August 2003 from Parma for big money and then, just over a year of his stay at Stamford Bridge, he was embroiled in plenty of controversy when he was sacked after he was found using cocaine.
This led to his suspension, and he was subsequently moved on by the club. Mutu was ordered to pay a bill in excess of £14.6 million after he was moved on under forced circumstances by the Blues.
Mutu was lucky. He had his life and so his story did not end with him giving up the ghost.
Martin Garratt’s story is darker. His dead body was found at a house in Middlesbrough.
A great player with bright future did business for York City, Mansfield Town and Lincoln City.
He became deeply tied to alcohol once he retired as a professional footballer. At age 34. Alcohol switched off his life. He died young and the family he built around him was greatly pained.
ALSO SEE: Lights Camera Africa!!! Film Festival 2017 ends with a call for citizen engagement
 
He was made subject to a Antisocial Behaviour Order in 2010 banning him from numerous pubs in the town, from being drunk in a public place and behaving in a threatening or intimidating manner.
When Martin died a close friend had this to say, “He was a very talented footballer with a lot of potential and promise.
“We are very saddened to hear this has happened, and to somebody so young.”
But you wonder. You wonder why a man drinks to death. To win 200k or to spend 200k?
Let’s try to pick the brains that actualizes these actions. You are so happy, so rich, so bored and you tell yourself, ‘I’ll drink to no stop’.
Or you are so poor, so sad, so tired and you drink to death.
Whatever the case, we say may the soul of Tagbo rests well. May the police dig well and discover a different cause of death. May Davido be truly innocent of the allegations. He’s young and still has Wizkid’s ratings to catchup.
Don’t even start that debate, Wizzy is on another level!
Share this on WhatsApp
Related Topics:Caroline DanjumaDavidodrinking competitiondrinking habitNigeria Police Force (NPF).Tagbo
Up Next