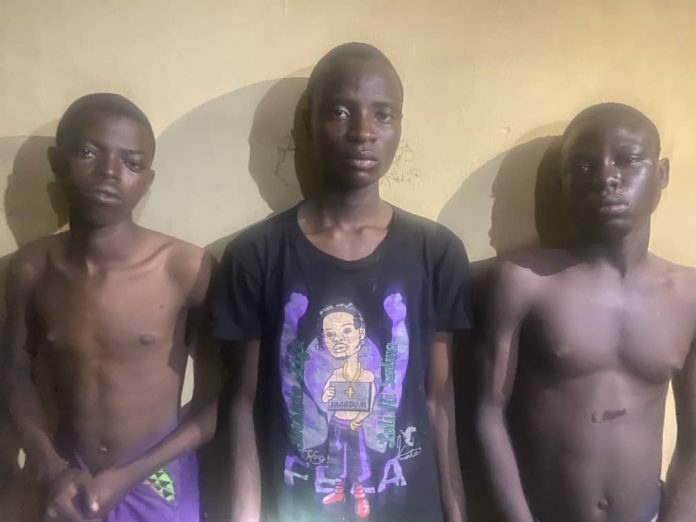 Residents of Oke-Aragba, Abeokuta , Ogun, are still in shock after the arrest of three teenage ritual killers who stood at a crossroads in the area early Saturday morning, crushing a human skull inside a hot pot.

Obviously Wariz Oladeinde, 17, from Kugba, 19-year-old Abdulgafar Lukman from Kugba and Mustakeem Balogun from Bode Olude, all in Abeokuta had a design on Rofiat, who was Soliu’s girlfriend, the last time she visited him.

“We wanted to use just her head alone for money ritual. Soliu strangled her and he told me to assist him and we cut off her head,” Balogun said in a video while they confessed at police station.

According to neighbours who witnessed the arrest after a night guard alerted the police, the boys killed Rofiat, cut her head, packed the headless body in a sack and started burning the head in a pot.

Soliu, who lured the girl into his room where his friend killed her, ran away before the police came, but he was later arrested.

The police have taken the body away to a mortuary.