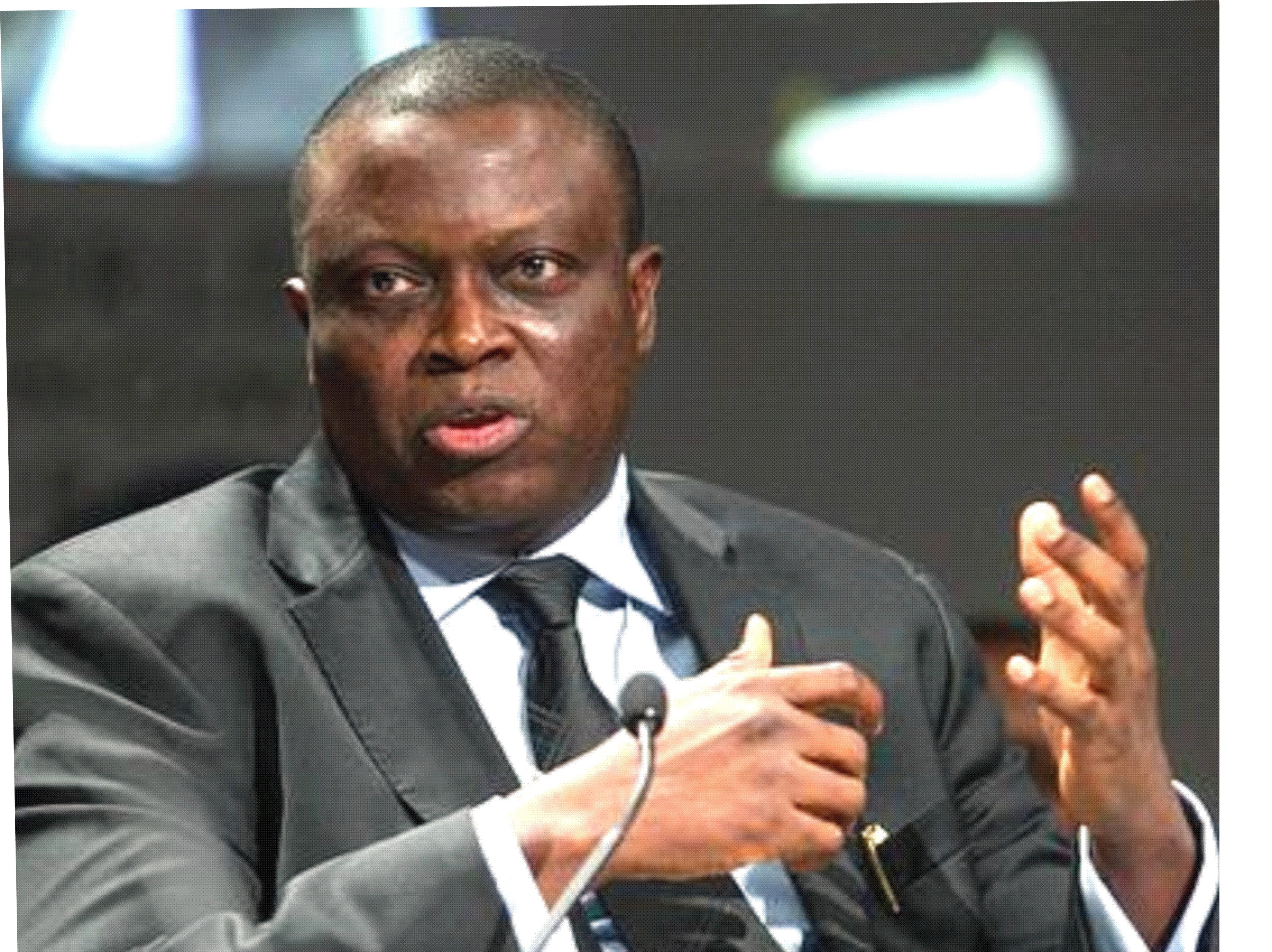 The Nigeria Liquified Nauural Gas (NLNG) is one of the few companies in the country that has contributed immersely to the country’s development and known to contribute as much as 4 per cent to Nigeria’s annual Gross Domestic Product (GDP), In this interview with CHIOMA OBINAGWAM, the MD of the company, Babs Omotowa, speaks on its effort to reduce gas flaring, build more NLG Trains, the Final Investment Decision (FID), among sundry issues:

PART of the problem with the energy sector is that the gas is not getting to the plant as a result of sabotage, etc. Is it not better to build each plant where the gas is and then transport them where they are need?
I think it’s a bit more complex than that. In the sense that a lot of it is also demand and supply driven. I will give you an example. A lot of the gas is in the eastern part of Nigeria. A lot of the demand is in the western part of Nigeria, especially, Lagos-Ogun axis. So, you can locate the power plant near the gas, it means you have to build evacuation and grid system to take it to your customers.
You can also build the power plant far away, it means you need pipeline to get to them but you don’t need the same grid requirement that you may have. There are examples that we have in Nigeria where either of the two hadn’t really worked. In the sense that in places like Afam. Afam today can generate up to 650 megawatts for power. It’s there till today.
The issue around power supply is that we have to resolve all the issues. There is no one bullet that will fix all the problems. Firstly, we believe there has to be diversification. We cannot all be relying on gas because that is a type of failure. We will suggest for example that the eastern part of Nigeria should rely largely on coal and the western and southern part rely a bit more on gas. The middle belt and the north rely a bit more on hydro. Renewables, like solar and wind are huge opportunities in the country that we haven’t explored.

Is it possible at some point, for all the gas that is been flared to stop?
Engineering wise, yes but cost wise it will be very expensive for some. Before NLNG came in Nigeria, Nigeria was flaring 65 per cent of the gas we were producing. NLNG was set up primarily to help harness a lot of that. Our coming in has enabled gas flaring to be reduced from about 65 per cent to about 25 per cent. So, we are already a big contributor to the reduction of gas flaring in Nigeria. We are working to build a train 7 and a train 8. When we build them, it would further help reduce gas flaring from 25 per cent to a much lower percentage of the gas flared in the country.
Also, there are those that the economics will work. There are Trains producing too little that it will be very expensive to do it. You can ask the question whether we should just allow it? The only option is to shut them down. The problem with that is, of course, the revenue for the government then goes down. It is just an issue that needs to be resolved but government can take a decision one way or the other. The economics will not work for a lot of issues. So, you may need to spend money that you may not recover. The challenge is that if the design at the beginning were built with the gas gathering, then that wouldn’t be an issue but to re-procreate them at this tail end, it is no longer likely to be viable.

You said there are a lot more deposits of gas down there. How can this be tapped?
As I mentioned, there are few big problems. One of them of course is the way the joint ventures are set-up. The government today owns 60 per cent of them. This means we have to bring out money every year for their activities. What we are bringing out is ours because it costs money to drill for them. Something, which depending on the time, may cost you up to $300,000 a day. So, it costs money to drill, to explore and to produce. On the average, if you want to be operating full blast and getting all these gas, you need to spend like $20 million yearly for the next 10 years.
Government doesn’t have 60 per cent of that to put down because of course, government has a lot more responsibilities.
There has been discussions around what other methods that can be used for funding. There are many measures all over the world. We have the Independent Joint Venture (IJV). There are opportunities of government looking at the shareholders. In developed countries like the UK and the US, government doesn’t have any share in any company. They allow the companies to go and spend their money. When they finish spending the money, they tax them. When the oil price goes high, they tax them even more. They impose what they call Windfall tax. Government doesn’t spend any money in those countries, yet it collects so much from these companies and can manage the oil price plus additional tax.
But the investors can then spend more money. I think we have come from a place in Nigeria where we have liked a lot of government being involved in businesses but it doesn’t work. Government needs to let businesses run. That is why NLNG runs well. We are a bit independent from the government. We have our own board. We don’t have to go through all those bureaucracy and then it runs successfully. Then, government can extract as much as it wants from taxes. So, the first problem is that because the government is not able to put down the 60 per cent, then companies are not able to drill or explore or produce, so nothing is coming out.

There has been case of shortage of gas supply in the country. What are you doing to make sure there is abundance of gas supply in the country?
As you rightly said, Nigeria has abundance of gas. We are in the top 10 countries in terms of gas availability. So, we have the gas.
The challenge of course is what we call the surface risk, which includes for example having the right funding for the production and the drilling for gas. Unfortunately, the joint ventures who do this, is owned 60 per cent by the government.
So, government needs to provide a lot of the funding and of course with the challenges we have of the government needing to provide a lot of social security; a lot of infrastructure construction, there’s not just enough to go into that.
So, the government is working to find other alternative sources to fund those joint ventures and when those solutions are found, it will enable more investments to grow into that sector and for more gas to be produced in the country.

What percentage of your resources are sourced locally?
I think there are two answers to that. We buy quite a lot. I think our last calculation shows that about 90 per cent of what we use we buy locally. I think the problem in Nigeria is not about whether you buy things locally but it is about how much of it is manufactured locally.
So, when you look at all our contractors, 90 per cent of them are local contractors but a lot of their items are still being imported. I think that’s where in our Nigerian content we have to do more. We have made our Nigerian content more about contracts and not about production in the country.
If you go to places like Japan, you will see in their gas area how they have been able to develop a lot of manufacturing capacity.
So, when you are talking about spare parts etc it is being manufactured there but in Nigeria, we haven’t done that in our Nigerian content drive. It is still more around who gets the contract.

What will happen to the 600 Nigerian engineers that have been trained to build Dry docks when the contract is over?
One of the reasons we encouraged the Koreans to come and build Dry-docks in Nigeria is because if you build dry-docks in Nigeria, a lot of those 600 people will be working there and that is because they have been trained in ship building activities. If you can build a ship, you can do a lot of work. You know we are not a ship building company, we cannot employ them.
At the same time, we don’t believe that because we cannot employ them, so we shouldn’t train them. If the only people that we train, are the only people to be employed that means we wouldn’t be helping Nigerians. We have to look at training some other sectors.

With reference to your financials, 2009 and 2010 was period of high oil prices but the rate of your profit was unexpectedly low. What actually worked against your business?
What I would mention is that there are two things in those later years. One was that there was a review of the gas pricing -that we buy gas before it was a much lower level. The NNPC and the government carried out a review and raised the amount that we pay for gas as an input cost and today that has risen to about 37 per cent of our cost. It wasn’t that high from the previous years. So, large portion of what you see in creating that gas is that the amount we pay for buying gas has gone up tremendously.
Any other thing you start to see in later years, which is not different from other companies is that as you grow and mature, you need to start spending money on your maintenance and your shutdowns. In your early years you don’t do it frequently because it is still brand new. But as you age, you need to spend more money in maintaining the plant. So, those two are the main factors responsible for that.