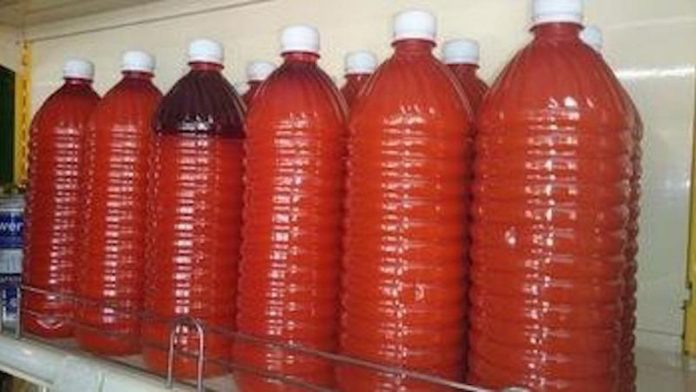 The National Agency for Food and Drug Administration and Control (NAFDAC) has cautioned Nigerians against the consumption azo dye in red oil—if only Nigerians have not been consuming across the entire food industry and its rainbow of colours.

The Director-General of the agency, Professor Mojisola Adeyeye, gave the earning afresh during a sensitization campaign in the North Central zone held in Ilorin on Thursday

According to her, some market men and women, in an attempt to make profit, mixed palm oil with Azo dye, a cancer-causing agent, to make it look beautifully reddish and attractive to consumers.

The thing is azo dyes have been used in coloring materials, including food since the 70s.

Azo dyes account for approximately 60-70% of all dyes used in food and textile manufacture, according to Food Info.

Its cancer-causing suspicion is not new, either. But most of the effort to study this has never been conclusive, the more reason those in the food industry keep using it.

More encouraging for the users is its acute toxicity, which,  as defined by the EU criteria for classification of dangerous substances, is low.

“Direct toxic levels of azo dyes will never be reached by consuming azo dye coloured food. The majority of azo dyes (food and textile) have LD50 values between 250-2,000 mg/kg body weight, indicating that for a lethal dose many grams of azo dyes have to be consumed in a single dose,” Food Info stated.

NAFDAC had better widen the campaign to fast food restaurants and other places where food coloring matters.