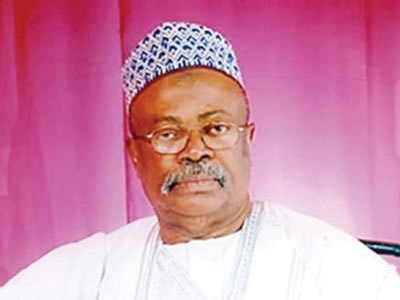 Alhaji Abubakar B. Tsav, a retired Commissioner of Police and notable stakeholder in Benue State has challenged Governor Samuel Ortom to extend investigation of past administrations in the state to the tenure of former Governor George Akume. Tsav accused Ortom of prejudice and cowardice in limiting investigation of past administrations in the state to that of former Governor Gabriel Suswam.
“In support of former Governor Gabriel T. Suswam’s position, I challenge Governor Samuel Ortom to extend his probe to Akume’s tenure if he is truly a God fearing person and an impartial administrator as he usually claims,” Tsav declared in a statement. He doubted that the governor will dare to extend the probe of former leaders in the state because of his past also. “I know Ortom will have no courage to do that because he will find himself deeply involved in many shady and dirty deals, especially, where he used one Thomas Adejo to defraud the 23 local government councils of various sums of money from which he set up his Oracle Printing Press,” Tsav said.

The retired Police Commissioner further said that the governor was also purportedly involved in the Daudu-Gbajimba Road contract awarded at N486,465,305.00 and UniAgric-Gbajimba Road contract for N267, 079,540.00 for which payments were made but the contracts were not executed as at date. He alleged that the N500 million which Ortom recently set aside for the same road is just to cover his dirty track, adding that the people of Benue State should ask questions. According to Tsav, “If justice must be done and seen to be done, let Ortom extend these probes to the Akume’s era too, especially, if Ortom is truly a Born Again Christian and one who believes in God and the Day of Judgment.” Tsav, however, observed that Ortom will not do it because he will be stepping on the toe that brought him to power. He stated that Ortom is merely on political vengeance in probing Suswam because of their disagreement in the Peoples Democratic Party (PDP), particularly, the dispute in not getting the PDP governorship election ticket before Ortom went to the All Progressives Congress (APC).

Tsav also contended that human life is sacred and whoever destroys human life will face God’s wrath. He narrated that during the Akume administration, many young men from Tarkaa Local Government Area, some of them graduates, were murdered in most atrocious manners and their bodies thrown into River Katsina Ala. He observed that their sins were that they opposed Akume’s PDP. “Are these atrocities and abuse of human rights not worth Ortom’s probe? Does Ortom claim ignorance of these callous murders and human rights abuses,” Tsav questioned; noting that, “it will amount to cowardice for the governor to ignore these inhuman acts by a former governor of the state.” He maintained that power and money are transient and no situation is permanent; adding that, a day of reckoning shall come. He stated that political leaders can learn lessons from past leaders.

Okowa to reposition the youth in the state