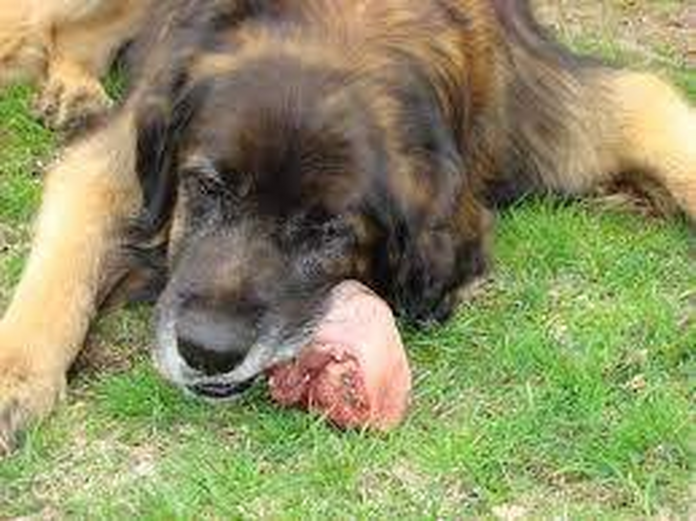 A UK returnee Chinedu Oka didn’t give a damn about customs. So he waved off one of the taboos of his native community Iteje, Oyi, LGA, in Anambra. Rearing dogs is an abomination there. But he defied it. Whether he was ready for the consequences is now the question.

He can’t help answering it.

He disregarded safety measures too by rearing 10 Labs on the same premises he runs a private nursery and primary school— Global Growth Academy, Amokpo, Umuanunwa.

According to the residents of the community, a parent came to register her toddler at the school last Monday, and was absorbed in the registration process, not realizing his boy had wandered off, kidding about the premises.

About that time, Oka’s canines were also on no leash, horsing around.

Innocently, the boy toddled close enough, and the 10 Labs pounced on him.

According to witnesses, the dogs dragged him to their kennels. There they wolfed him down.

It then meant the dogs have been blooded with a human. They could prey on any human, especially little children on the school premises.

Iteje youth had to move him, with guns.

They shot dead the blood-thirsty Labs, and burnt them all.

He lost his freedom too, for his negligence in the brutal killing of a two-year-old by dogs.

The traditional ruler of Nteje, Igwe Roland Odegbo, said the proprietor of the school knew all along he couldn’t ras doga in Iteje.

Chinedu Oka, knew that dogs rearing were prohibited in Nteje community and went ahead to rear the dogs, said Igwe Roland Odegbo, traditional ruler of Iteje.

That is murder, as far as Odeegbo knows.

And police have moved in to ensure justice.

The school has been shuttered.