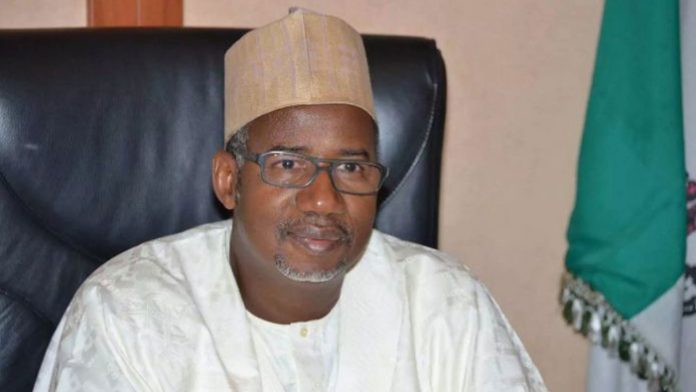 The NCDC while announcing the last update on coronavirus in Nigeria indicated that the Bauchi confirmed case had a travel history to Germany.

That statement casts some doubt on the initial narrative Gov. Mohammed Bala was infected by Mohammed Atiku while they flew together to Abuja days ago.

Online footprints of Bala showed that he went shopping for investors in Germany amid the virulent spread of coronavirus disease in Nigeria and his destination. He returned March 15.

Bala’s tweets on March 13 were particularly revealing, showing his trip in Germany, the deals sealed, and all the  business lunches he had with Water is Right Foundation, and others..

On his return, Bala didn’t bother to isolate himself.

He kept up meeting with big businesses and other stakeholders.

He met with the chairman of Dangote Group, Aliko Dangote, and the minister of agriculture, Sabo Nanono, last week, according to his tweets.

“Also, resulting from our meeting this afternoon, the @AlikoDangoteFdn further committed to building five additional primary healthcare centres for enhanced healthcare service delivery in the state. #GreaterBauchi,” the governor tweeted six days ago.

There were photo-ops afterward, with Dangote, and Nanono—separately.

Bala later attended the National Economic Council meeting, sitting beside Bayelsa Governor Duoye Diri, and another where he was in a discussion with his Edo State counterpart, Godwin Obaseki.

Those who attended the meeting are reportedly panicky now.

No fewer than 30 people have directly or indirectly contacted him since then, according to the NCDC which has taken over the governor’s quarantine.

Bala went to the UK few weeks ago while his guber election case was being decided at the Supreme Court. 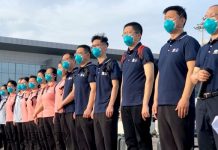