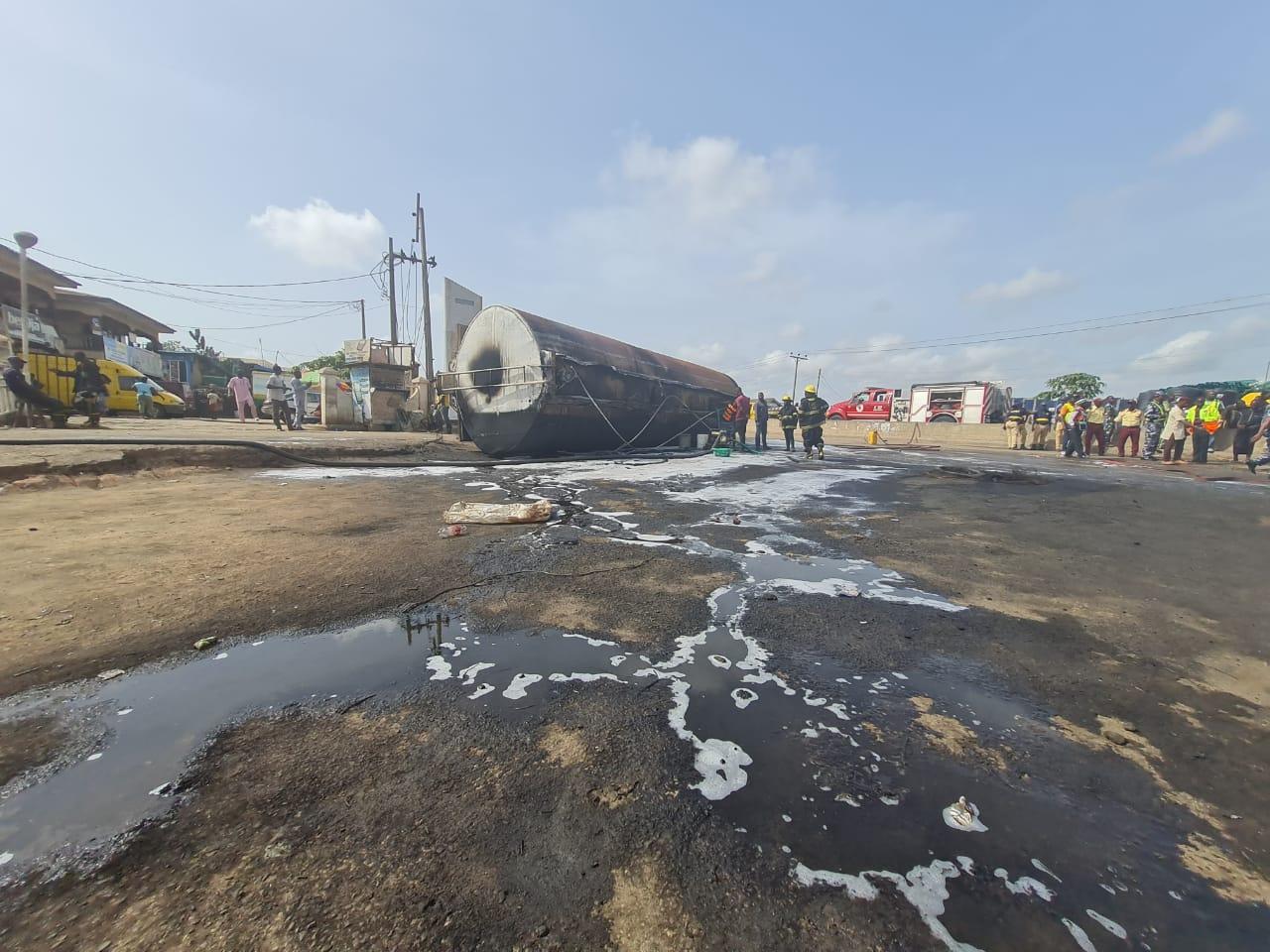 The Lagos State Fire and Rescue Service has said that it had combated the Friday fire outbreak on the Abeokuta Expressway, Lagos.

The Director of the Service, Mrs Margaret Adeseye, while giving an update said one person was recovered dead from the inferno, three vehicles and some shops were also burnt following the inferno that resulted from the spillage of Premium Motor Spirit (PMS).

It said the spillage occured from a tanker at Ajegunle Area, through toll gate bus stop on the Abeokuta Expressway, Lagos.

The statement said ,” Reports of the incident got to the service at 2 .16 a.m on Friday.

“The accident occured when a 45,000 litres PMS capacity tanker wanted to negotiate a bend on the highway as it was on its way to serve a Petrol station.

“The spillage spread to the roadsides and the residents started to scoop the PMS, this nefarious activity ensured the fire outbreak.

“These people risked their lives , the service has warned residents severally, never to scoop PMS. However, the situation has been brought under control by the fire fighting crews”, the statement said.

Adeseye said that emergency responders were still at the scene to ensure that all hindrances to free movement and wreckage of the tanker were removed promptly.

She assured the public that the situation was under control as the process of mopping up and evacuation of the remains of the fire was ongoing.

Adeseye added that the public should also exercise caution and restraint as outbound Lagos traffic had been diverted to travel alongside the inbound vehicular traffic.