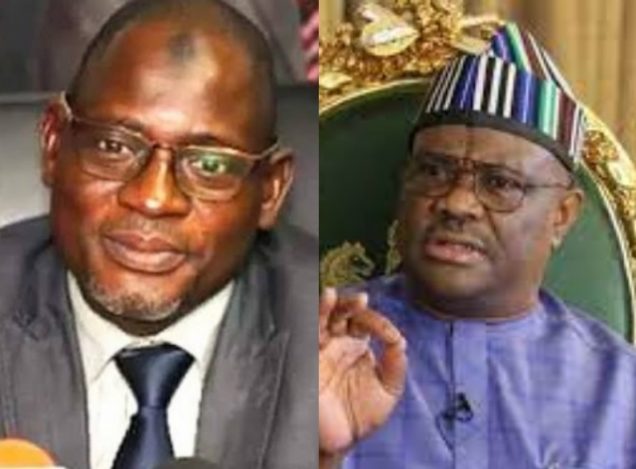 The Federal Inland Revenue Service (FIRS) has urged taxpayers not to panic over the recent court ruling by the Federal High Court sitting in Port Harcourt on Value Added Tax (VAT), directing taxpayers to continue to honour their tax obligations under the VAT act to the agency.

The federal tax authority stated its own position some hours after a Federal High Court sitting in Port Harcourt, Rivers State, dismissed an application by the FIRS, seeking to stop the Rivers State Government from collecting VAT.

In a statement issued by the Special Assistant to the Executive Chairman of FIRS on Media and Communications, Johannes Wojuola, FIRS said the court stated clearly that until the Court of Appeal, or even the Supreme Court, determines the matter, taxpayers were required to continue to comply with their VAT obligations within the status quo framework.

He said, “The FIRS having lodged, in the Court of Appeal, both an appeal against the decision of the Federal High Court sitting in Rivers State in Suit No. FHC/PH/CS/149/2020, Attorney General of Rivers State Vs Federal Inland Revenue Service.

“And there is an injunction pending appeal of the said judgment, therefore we assure taxpayers that there is no cause for alarm.

“The Federal High Court ruling should not breed any confusion as to the obligations of taxpayers. Taxpayers must continue to comply with the Value Added Tax Act pending the final determination of appeal.

“Taxpayers must continue to honour their tax obligations under the VAT Act. Failure to do this would put them on collision course with the law.’’

The special assistant noted that for the avoidance of doubt, records of appeal had been transmitted to the appellate court adding that the Service is confident that, given the extant laws, the arguments and case put forward, it will get a favourable judgment at the appellate court.

The FIRS has, however, appealed the judgement by the Federal High Court in Port Harcourt, asking for a stay of execution pending the determination of the appeal, while also asking taxpayers to continue to meet their tax obligations with the federal government including VAT.

However, the same Federal High Court sitting in Port Harcourt, Rivers State, on Monday, September 6, 2021, was reported to have dismissed an application by the FIRS, seeking to stop the Rivers State Government from collecting Value Added Tax (VAT).