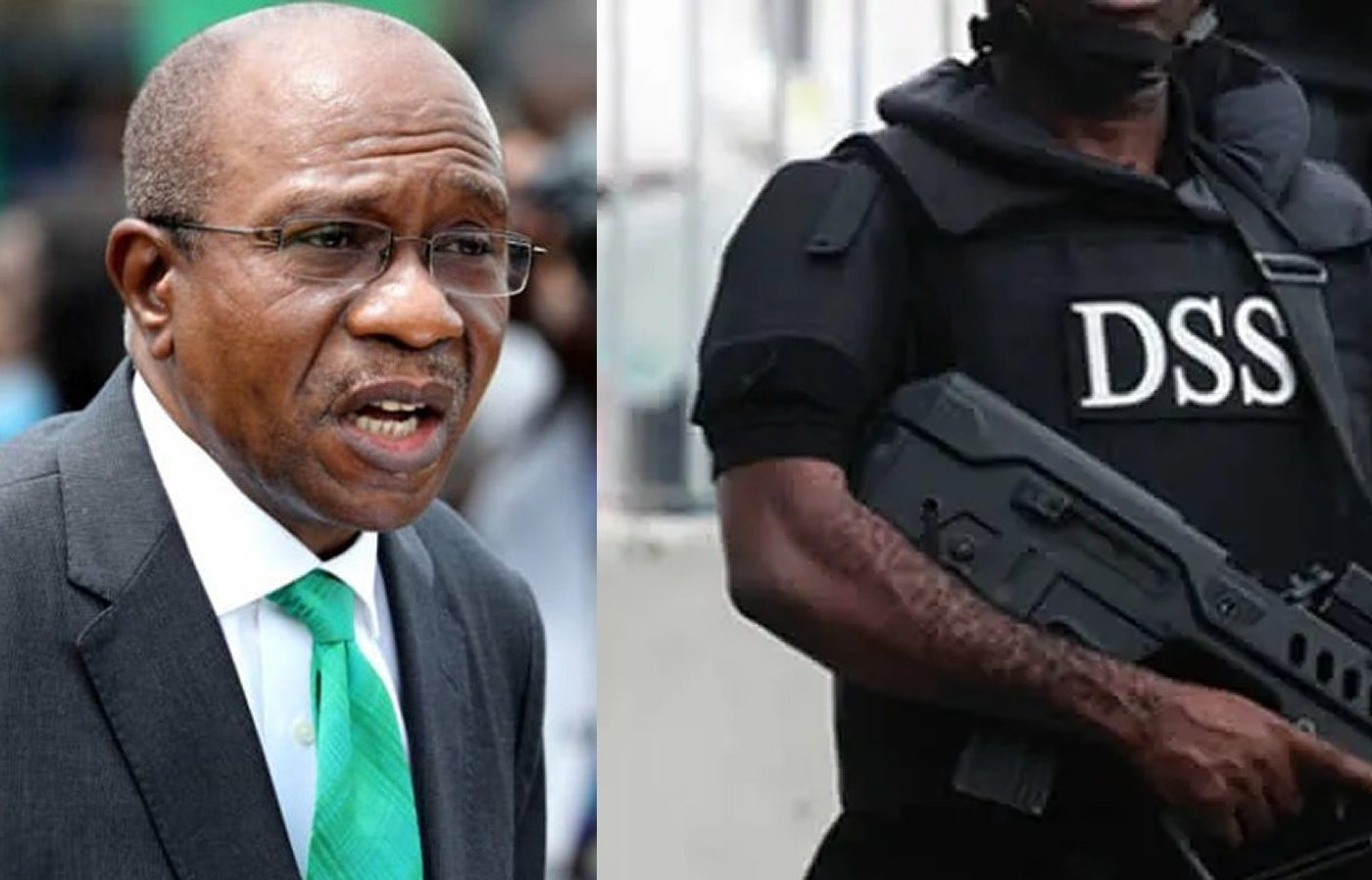 The Department of State Services (DSS) has described reports that its operatives invaded the Central Bank of Nigeria (CBN) to arrest Godwin Emefiele, the CBN governor, as “fake news”.

There were reports on Monday across social media platforms that the DSS stormed the CBN headquarters to arrest Emefiele over allegations of terrorism financing.

But in a statement issued by Peter Afunanya, DSS spokesperson, the agency debunked the claims.

“The attention of the Department of State Services (DSS) has been drawn to the false news making the rounds that its operatives invaded the Central Bank of Nigeria and arrested its Governor, today 16/1/23. This is fake news and quite misleading,” the statement reads.

Recall that Emefiele who left the country in December for his annual vacation returned on Monday.

During his time away, there had been concerns over his whereabouts, especially after reports that the DSS had approached a federal high court in Abuja seeking a warrant to arrest him over alleged terrorism financing.

In declining the ex parte motion — usually filed by an applicant in the absence of the respondent — John Tsoho, the chief judge, said the DSS did not provide concrete evidence to substantiate its claims.

There are speculations that the bid to arrest Emefiele might be political, given the impact the redesign of the naira and limit on cash withdrawals might have on vote-buying in the elections.

Stay away from my husband, Ondo first lady threatens aide