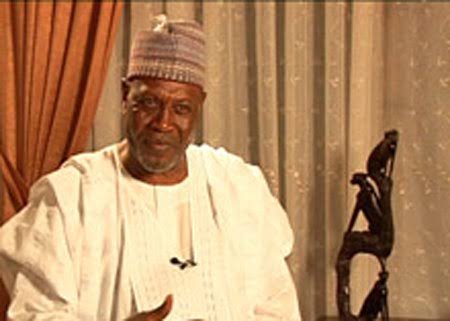 Running mate to Chief MKO Abiola in the 1993 presidential election, Babagana Kingibe, has explained why he abandoned the mandate given to them following the election’s annulment and joined late Gen. Sani Abacha’s government to become a three-time minister under that administration.

Recall that after the arrest of late MKO Abiola by the late Gen. Sani Abacha military regime in 1993, Kingibe went on to serve in the regime as Minister of Foreign Affairs, Minister of Internal Affairs, and Minister of Power and Steel amidst hue and cry from pro-June 12 advocates.

Speaking with journalists in Maiduguri, Borno state on Sunday during a visit to the state Governor, Babagana Umara on why he took the appointment, Kingibe said he sacrificed his ambition for the collective good of the country.5

He said: “When we think of the collective good there are times when we have to sacrifice personal interests and join hands in rebuilding society and bringing peace and harmony to our people.

“I know we won the elections on June 12, 1993, I know that injustice was done when those elections were annulled but there is always one guiding principle in my public life which is that the national interest supersedes any other consideration and all my actions have been informed by this consciousness of what is best in the national interest.

“I don’t think the celebration on the actual 12th of June 1993 was any greater than the celebration of the first democracy day on June 12; And for that I have to thank the Governor who gave the leadership, thank the people of Borno not only for celebrating June 12 as democracy day per se, but I know that they also had in mind that one of their own, their own son was also a critical player, I appreciate the confidence and love.”