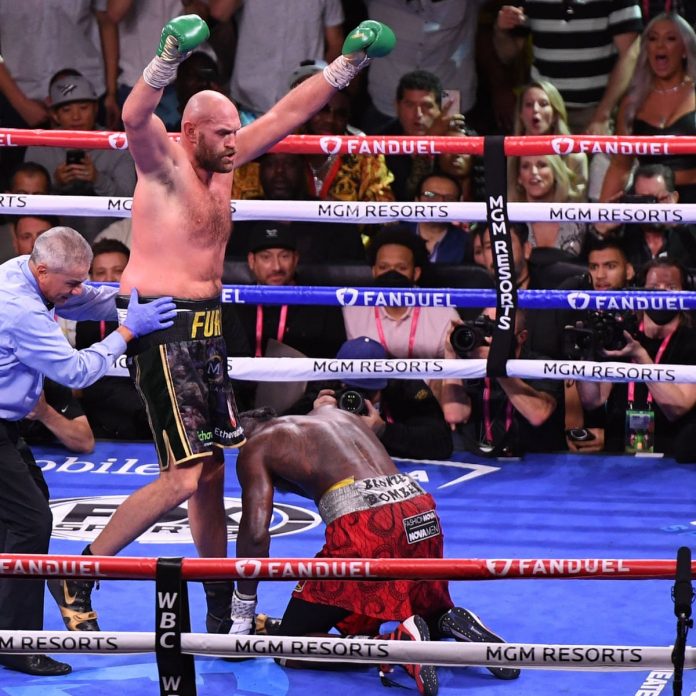 Wilder was knocked out by Fury in the 11th round of their thrilling trilogy fight in Las Vegas.

Wilder managed to kowck the British champ dow twice, and he the process he cracked some knuckle bones with post-match medicals confirmed.

The 35-year-old pugilist will now be unable to fight until next April according to the Nevada State Athletic Commission which handed a xix-month suspension.

Shelly Finkel, Wilder’s manager, said his client would have an operation next week after breaking a bone in his hand.

“Deontay broke his right hand behind the third knuckle and he has to have that fixed next week,” Finkel told The Sun.