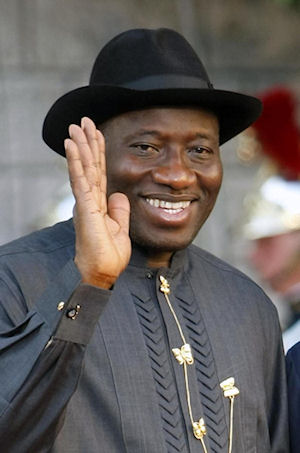 You are a caring leader, icon of peace, PDP tells Jonathan at 65
Share this on WhatsApp
Spread the love

The party described the former president as ‘an honest, forthright, humane, caring leader and Icon of Peace’.

The party in a statement by its National Publicity Secretary, Mr Debo Ologunagba in Abuja on Sunday, said the PDP and all patriotic Nigerians celebrated Jonathan.

Ologunagba said the love of Jonathan for Nigerians and his commitment to the unity, stability and development of the nation, in line with the manifesto of PDP remained indelible in Nigeria national annals

” He created the conducive atmosphere, national stability and cohesion for unprecedented economic growth during his tenure as president.

“Also, in recognition of his peaceful persona, he continues to be saddled with numerous foreign engagements to superintend over peace negotiations across the globe.”

Others according to him include revamping of the railways and stimulating Small and Medium Enterprises (SMEs) leading to massive job opportunities and bequeathment of a 550 billion dollars economy (largest in Africa and 26th globally) at the end of his very successful tenure in 2015.

‘Moreover, Nigerians recognised Jonathan’s efforts in deepening our democracy, including initiating reforms that opened up the political space, allowed more citizen participation in politics and governance.

“Jonathan promoted constitutionally guaranteed freedom of speech and strengthened the bond of unity, mutual respect and understanding among Nigerians.

“Nigerians will not forget president Jonathan’s display of love for the nation and the citizens when he sacrificed his personal ambition for the unity and stability of our dear fatherland after the 2015 general elections.”

Ologunagba said the PDP family celebrated Jonathan and prayed that God would continue to increase him in wisdom and peaceful credentials to the benefit of the country in particular and humanity in general.