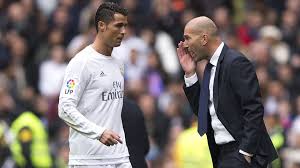 Zinedine Zidane is reportedly set to make a sensational return to Juventus as a sporting director, according to Spanish outlet, Libertad Digital.

Zidane resigned from his post as Real Madrid boss, after winning the Champions League title for a third successive year.

The Frenchman would be returning to the Serie A club 17 years after he left as a player, in a then world record €77.5m move to Real Madrid.

After hanging up his boots, Zidane worked upstairs at the Santiago Bernabeu, before replacing Rafa Benitez in 2016.

Paratici currently works alongside Beppe Marotta, the general manager, and the pair worked together to bring Cristiano Ronaldo to Turin in a £88m deal.

Should Zidane join Juventus, it would see him back working in conjunction with Ronaldo again, with the pair aiming for a fourth successive European crown.