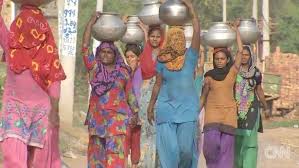 Share this on WhatsApp
Spread the love
Fears about caste-based violence in India is rapidly increasing after a teenage girl was beheaded.

The 13-year-old girl was brutally murdered after she allegedly refused to have sex with her neighbour who was of a higher caste to her.

The horrific attack took place in the Salem district of Tamil Nadu. According to local police, the accused Dinesh Kumar was arrested and charged under the act that criminalises caste-based violence – a law that has existed in the country since 1989.

Ponkarthik Kumar, a senior police official in the district, told CNN: “The girl was brutally murdered. The investigation is ongoing and the accused has been arrested.”

In India, Hindus are separated into four main categories – Brahmins, Kshatriyas, Vaishyas and the Shudras.

These are then divided further into around 3,000 castes and 25,000 sub-castes, each based on their specific occupation.

The police dismissed that the accused was mentally disturbed for beheading the young girl with a sickle.

The girl was studying at a nearby school and had parents who were labourers. According to reports, the deceased teen had told her mum about the man’s continuous s-xual advances that she had turned down.

The lower castes, also known as Dalits, are often denied the right to education and employment. They were once a community called the ‘untouchables’ are deemed so unimportant that they aren’t included at all in the four-fold varna system.

Despite court rulings to make the law fair for those in lower castes, activists say that deep-rooted bias remains.