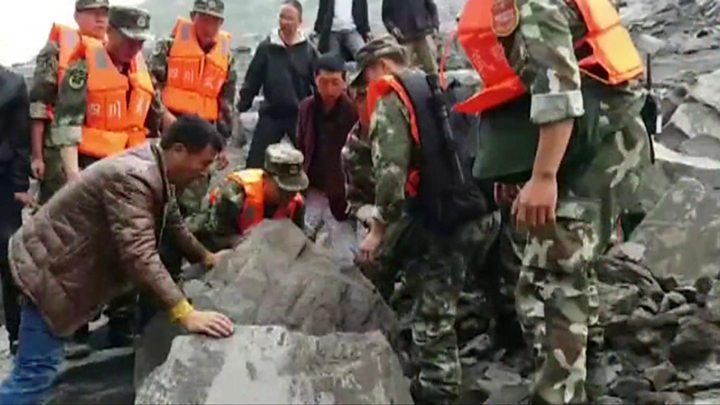 The death toll after a landslide struck dozens of homes in rural southwestern China has climbed to 15, state television said Tuesday.

At least 15 people were killed and eight were injured in Monday’s disaster in a township in Bijie city in Guizhou province, according to a report from China Central Television (CCTV).

But the official Xinhua news agency put the number found dead higher at 17 people on Tuesday. The search is continuing, local authorities have said, adding that rescuers were carrying out relief efforts for affected locals.

The local government has not provided an updated death toll.

Video posted Monday on the Twitter account of the official People’s Daily showed the side of a hill collapsing, with dirt rushing across the outskirts of the town as onlookers shouted in fright.

National authorities have issued a grade-IV emergency response for Bijie, the lowest in a four-tier alert system.

The designation mandates daily damage reports and the allocation of money and relief materials within 48 hours. Landslides are a frequent danger in rural and mountainous parts of China, particularly after heavy rain.

In June and August massive landslides in the southwestern province of Sichuan killed more than 30 and left scores missing.

In July, more than 60 people were killed by landslides and floods in the central province of Hunan. Some 1.6 million people were forced.