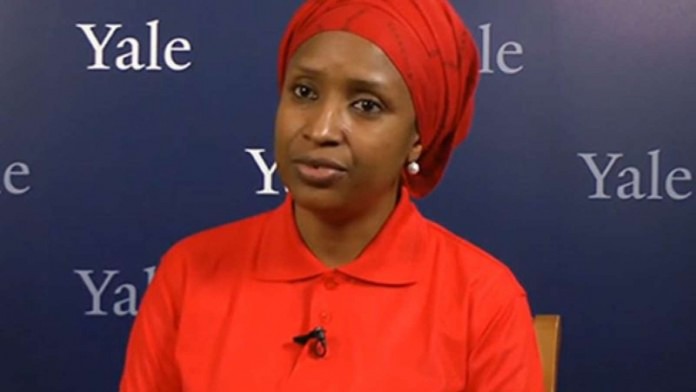 THE new Managing Director of the Nigerian Ports Authority, NPA, Hadiza Bala Usman, who assumed office Monday promised that her management team will make the organisation a model in the industry.

Usman stated this at the handover ceremony between her and the former Managing Director, Malam Habib Abdullahi, yesterday in Lagos.

According to her, “The ports are the critical arteries of the economy and it is our duty to ensure that the operators deliver ports services in line with the standardsdeserved in the 21st century.”

She said that the new management would support President Muhammadu Buhari’s agenda of economic diversity.“We will listen to our customers, importers and exporters and other agencies working in the ports to improve on our service delivery to the nation.

She added that the new management would prioritize investments in primary equipment and infrastructure and services with commitment to fulfilling NPA’s concession agreement to hasten clearance of imports and exports from the ports.

She noted that collectively, the hard work of staff would position NPA as a modern agency.

“To function as regulator, all of us at NPA must be committed to the highest standards of performance. Let us uphold the most diligent work ethics in our individual beats as well as collective undertaking to achieve result..

In his speech, the former Managing Director, Habib Abdullahi said that since July 2012, when the management came on board, it had recorded modest achievements.

He said that NPA under his leadership was able to achieve automation of operational processes, infrastructural development, Greenfield and brown field developments and building a strong port community system.

The former managing director said that his administration integrated NPA’s operations with other stakeholders like the Nigeria Customs Service (NCS) to serve as a platform to block all revenue leakages.

“We also dredged and maintained the water channels for smooth navigation. The deeper the channels, the bigger the vessels that will come in.

“Nearly 60 per cent of our revenue goes into dredging and we tries as much as possible to buy tug boats,” he said.

He said that his administration moved toward encouraging non-oil exports to see how Nigeria could explore the possibilities of exports.“NPA is partnering with the Nigerian Export Promotion Council to ensure the containers does not leave empty.