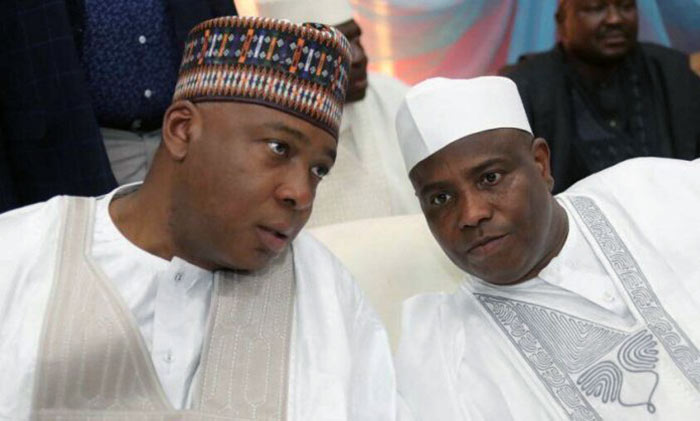 The former Chairman of the New Peoples Democratic Party bloc within the All Progressives Congress and scores of other prominent members of the faction met Saturday to determine their stay in the ruling party.

Kawu Baraje, in a statement he signed in Abuja on Saturday, said he met with the nPDP members after he had a first meeting the APC leadership days ago.

“I am glad to inform you, therefore, that we have briefed our members at a meeting convened in Abuja on Wednesday, May 23, 2018, where we reviewed the state of the nation and our party, APC, and constituted committees on various issues, especially on how to rescue Nigeria from economic, social, political and especially security challenges,” he said.

According to him, the meeting was well attended by members of the nPDP, including serving and former governors, senators, members of the House of Representatives, and other aggrieved APC stawart.

While Baraje didn’t not mention the agenda of the meeting, and the conclusions reached, sources within the meeting explained there was some sort of tension, and they all agreed the APC ruptured their terms of agreement in the run-up to the 2015 election.

“Opinions were however divided on how best to proceed,” the Punch quoted a source as saying.

“There were those who felt we should pull out and join a party yet to be determined.

“There was the second group which felt it was better to remain within and fight it out through further discussions and negotiations.

“The third group consisted of those who felt we should pull out, adopt a new platform and ensure we have a written agreement so as to avoid a repeat of what we are seeing (experiencing) in the APC,” the source explained.

A committee will now be set up to look at the most viable option. However, the committee has yet to be formed.

“But we are leaving our doors open for further discussions with the APC for now.”

The nPDP is among the parties the main opposition has been trying to court in preparation for the 2019 presidential election. But its members are largely plagued by indecision just as the entire faction is.

The prominent ones among them, like Kwankwaso, belong to at least three parties and coalition now: the APC, nPDP, ADC, the PDP, the Coalition for Nigeria Movement founded by former President Olusegun Obasanjo in February.