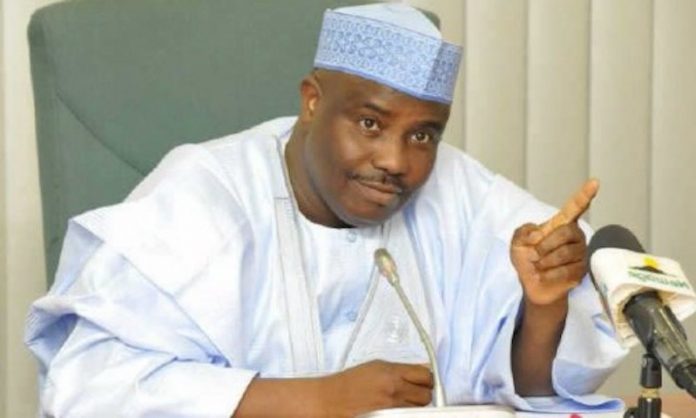 There were indications of tension bulking up in Sokoto when it was discovered that Governor Aminu Tambuwal was omitted by the Independent National Electoral Commission (INEC) on the list candidates released for the 2019 governorship election in Sokoto State. Thus, the INEC is widely suspected of plotting to deny the Peoples Democratic Party (PDP) its authentic governorship candidate for the 2019 election in the state.

National Daily gathered that the people were mostly perturbed that the INEC included Manir Dan’iya as PDP governorship candidate in Sokoto State, whereas the PDP leadership submitted Tambuwal’s name to the INEC. The building tension was said to be garnering momentum at the weekend as the people were said to believe the omission is deliberate and not an error, arguing that if omitted in error, there would not have been any replacement for the governor. They protested that INEC deliberately replaced Governor Tambuwal with Dan’iya, a former Commissioner for Local Government and Community Development.

National Daily further gathered that INEC enlisted Deputy Governor Ahmed Aliyu as the candidate of the All Progressives Congress.

The list indicated that 34 candidates would contest the 2019 governorship election in Sokoto State; however, it was fathered that sources in the Commission disclosed that there are about 50 candidates in the race and that the full list would be displayed this week.

National Daily gathered that the State PDP Chairman in Sokoto, Ibrahim Milgoma, assured party members that there is “no cause for alarm”, indicating that there is still open window for substitution of candidates.

More so, Alhaji Mohammed Musa, Sokoto State INEC Head of Voter Education, had also admitted that there is still room for changes. He stated that all the political parties still have up to December 1, 2018, to either substitute or make necessary arrangement in their party’s candidature.