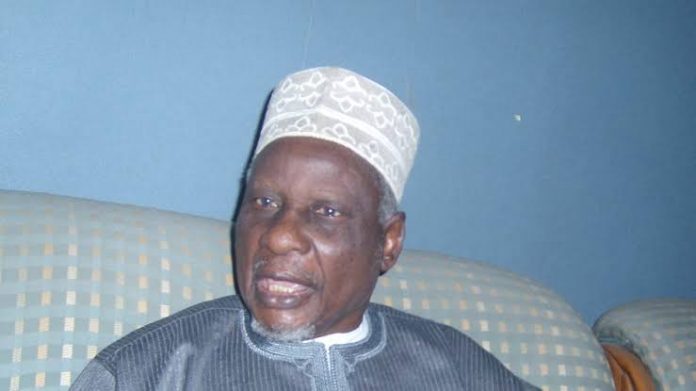 Founding member of Arewa Consultative Forum, ACF, Alhaji Tanko Yakasai, has expressed his support for the South-East region to produce the president comes 2023.

The elder statesman disclosed this after a closed door peace initiative by some eminent Nigerians at the Sheraton Hotel, Lagos.

He said: “There is no reason to deny the South-East the opportunity to produce the presidential slot in 2023.

“The North, West have had it. It will not make sense to deny the South-East. But then, the Igbos have to work hard for power and convince people because it is a matter of numbers.

“They have to convince the rest of the country to accept whoever they put forward to be accepted,” he said.

He said there was need for mass-based political parties that would be controlled by the masses and not by a few individuals.

“In our days, nobody ever claimed to be the owner of NPN, NCNC, NPP among others. The people must make sure they take ownership of the party.

“I hope the people will try to turn the parties to the masses. The mistake former President Olusegun Obasanjo made to say he was the national leader of a party killed the Peoples Democratic Party (PDP),” NAN quoted him as saying.

Yakasai added that when ownership of power is controlled by entire members, the internal electoral process would become better.

“In our days, we pay to be members of our party. That way, no one or few persons can control the party. The beginning has a bearing on the process. Political parties must find a solution to do away with issues that will make the people skeptical,” he said.