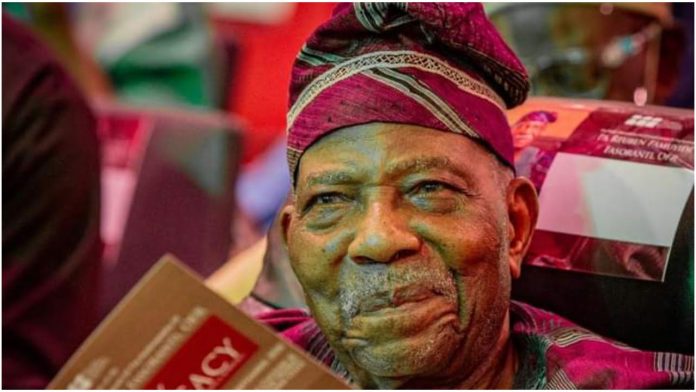 The Yoruba socio-political group Afenifere has reacted to stories going viral online that the group has endorsed APC national leader Bola Tinubu believed to be eyeing the presidency in 2023.

According to report, Fasoranti said he is all for Tinubu presidency I 2023 because the APC leader will actualize Afenifere’s demands—restructuring—if he becomes president.

Fasoranti might just have expressed his own take which is far removed from the group’s PDP-leaning stand.

And t’s not clear if the former leader’s position could pass for the group’s endorsement, considering the fact that its current leader Ayo Adebanjo is a sworn enemy of Tinubu’s.

In a statement by Sola Lawal, its director of communications, the group said, “Afenifere is still mourning the demise of its Publicity Secretary, Mr. Yinka Odumakin, in whose honour the group suspended all engagements.”

He also warned that Fasoranti is no longer the leader of Afenifere and theres no way he could speak for the group’s new leader.

“We have temporarily halted all activities in honour of Odumakin who is still lying in the morgue, cold and lonely”.

“The Adeyeye foray into Afenifere space at this period of huge loss and intense mourning is disrespectful, insensitive and unwarranted,” Lawal added.