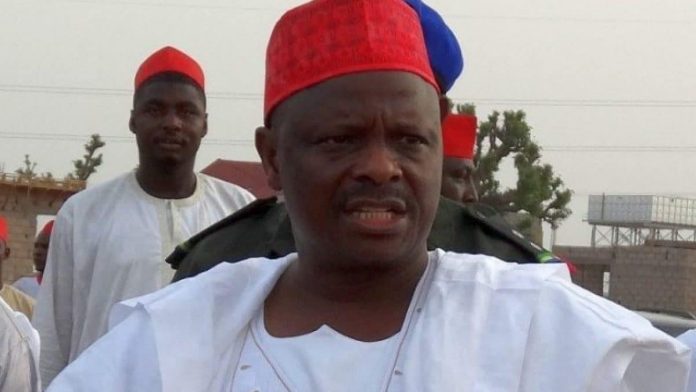 As the race for the presidency heats up in the country, former Kano Governor, Rabiu Kwankwaso, appears to have changed the game in the nation’s top two political platforms.

There are indications that power brokers in the ruling All Progressives Congress (APC) are seriously mulling the idea of ceding their presidential ticket to the Northern region of the country. This move comes against initial reports that the ruling party had zoned its ticket to the South.

The fact that there are now northern candidates in the race has further heightened the tension among the party’s presidential hopefuls from the South.

On its part, the PDP is caught in a tug-of-war between the South and the North for its highly coveted ticket. Though there has been immense pressure from various socio-political groups in the South, the opposition party has refused to give its presidential seat to the region, preferring to throw the race open instead.

Quite interestingly, the situation in the APC has left many political observers in the country wondering why the leadership in the ruling party is suddenly reneging on its initial decision to have the South produce its next presidential standard-bearer.

The answer, however, might be connected to Rabiu Kwankwaso’s defection from the PDP to the New Nigerian Peoples Party (NNPP).

Recall that the former Kano Governor dumped the PDP for the NNPP earlier this year, accusing bigwigs in the former ruling party of attempting to scheme him out of the presidential race. He promptly emerged as the NNPP’s presidential flag bearer ahead of next year’s polls.

In the beginning, Kwankwaso’s defection was considered ineffective to the chances of the APC and PDP because the NNPP is seen as a minnow in the race for the presidency.

However, judging from Orji Uzor Kalu’s recent comments, it appears that the former Kano governor’s move may have changed the dynamics of the presidential race in the APC.

Speaking on a Channels TV program on Monday, Kalu pointed to Kwankwaso’s emergence as the NNPP’s presidential candidate as the reason why some major stakeholders in the ruling party have made a sudden U-turn on the zoning arrangement with the South.

“Kwankwaso left PDP and went to NNPP and if the APC or PDP give their ticket to southern candidates, Kwankwaso is already a president in waiting. So, Kwankwaso is the problem because if PDP gives a northern aspirant the ticket and APC goes South, it is over for APC,” Kalu said.

Though some analysts may consider Kalu’s permutations to be a bit far-fetched, a critical look at what is currently happening in the Kano State chapter of the APC might shed some light on why the former Abia State governor Is wary of Kwankwaso. Within the last few days, two key stakeholders in the Kano APC, Senator Ibrahim Shekarau and Abdulmumin Jibrin have both made moves to join forces with Rabiu Kwankwaso and the NNPP. A situation that brings the dominance of the ruling party in Kano under serious threat and on the brink of collapse. In fact, Governor Abdullahi Ganduje was reportedly troubled about the development that he paid a visit to Shekarau’s home in a bid to stop the move.

This has led many observers to believe that it will only be a matter of time before Kwankwaso’s wrestles power from the APC in the state. A situation that does not bode well for presidential aspirants like Asiwaju Bola Ahmed Tinubu who has spent the past year wooing stakeholders in Kano.

Furthermore, there is also the belief that Kano might just be the starting point for the NNPP’s emergence as a third force in the race for the 2023 presidency.

Whichever way the pendulum swings within the APC and the PDP, it appears that the South might get the short end of the stick as far as the race for the presidency goes. And all it took was one calculated move from Rabiu Musa Kwankwaso to make it happen.