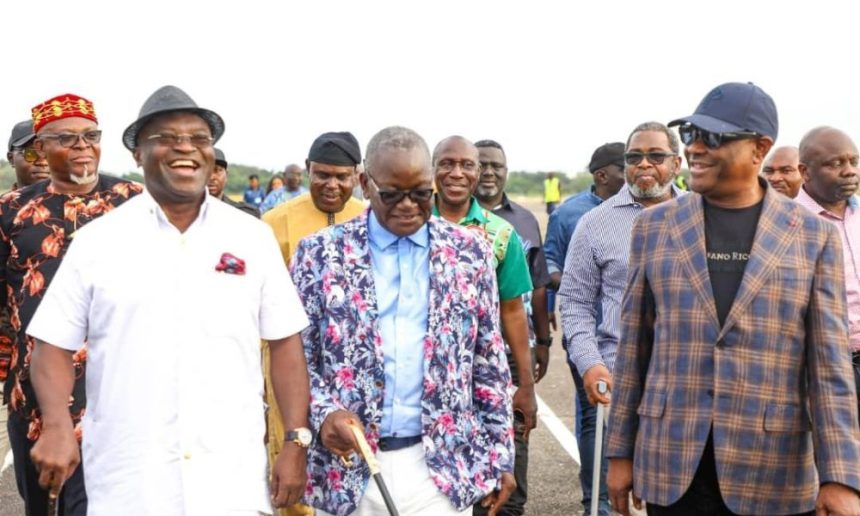 Rivers State Commissioner for Information and Communication, Chris Finbone, says a faceless group is orchestrating a campaign of calumny against Wike because of his in leading the G5 governors of the Peoples Democratic Party (PDP).

Finebone who spoke at a media briefing on Thursday in Port Harcourt said the plot by the faceless group to blackmail his principal for demanding fairness, equity and justice in the party has been uncovered.

“This is the evidence of the plot to blackmail governor Wike. This is the document and it is titled: ‘Proposal with hashtag, to end Wike rascality programme’,” he said.

The commissioner said the plan to blackmail Wike was “totally unexpected” by the Rivers government.

“We encouraged them to remove their mask and show themselves as the governor and the government is equal to the task of responding to them adequately,” he said.

“They can’t even sign it (the document) to push for this. It is important we warn them. It is important we also warn Nigerians about this scheme. We expect more of them to come. But I can assure you that the governor and the G-5 would rise to the occasion as they continue to start this type of campaign of calumny.”

Over the past few months, Samuel Ortom (Benue), Okezie Ikpeazu (Abia), Seyi Makinde (Oyo), Ifeanyi Ugwuanyi (Enugu), led by Wike, have been calling for the resignation of Iyorchia Ayu as the party’s chairman, citing that Ayu and Atiku Abubakar, the party’s presidential candidate, cannot come from the same region.

However, Ayu had insisted that he would not resign his position on the basis of the demands of Wike’s allies.

Owing to the crisis, Wike’s allies pulled out of the PDP presidential campaign council while vowing not to support Atiku.

Man sentenced to death, others bag jail terms for rape